The Longoria family would like to remind you to VOTE! 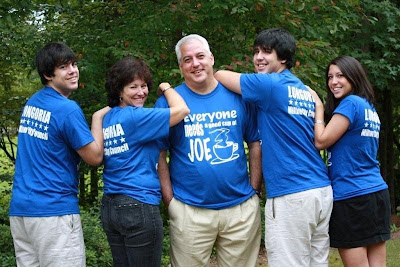 The Longoria family would
like to remind you to VOTE!

Nice picture. Wish the family had faced forward and Joe had turned his rear end to the camera since he has been showing his A - - this entire campaign anyway. You were a fool to let Lusk and Thurman reel you in to their distasteful ways, too bad, I kind of liked you until you turned the phone call from Tina into something it isnt. But I am sure Thurman and Lusk pushed you into doing whatever it took to try and get her out of office, instead of running a respectful election campaign. See you are a REAL politician, since you took the dive right into nasty politics from the start. Maybe it is your calling afterall.

How long will it take you to get a new girlfriend Joe Clinton?