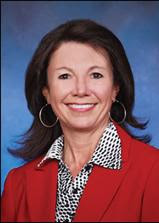 Newcomer Joe Longoria, along with incumbent Council members Karen Thurman and Bill Lusk won a resounding victory by capturing over 60 percent of the vote collectively.

The results were a mandate for Mayor Joe Lockwood’s new centrist governing coalition. They also represented a bitter repudiation of Zahner-Bailey and her council colleague Alan Tart, who also backed the hapless ticket. Zahner-Bailey and Tart are now clearly in the minority on Milton’s new City Council, which takes effect in January.

In sad rendition typical of her campaign, even on the day after a crushing defeat, Councilwoman D’Aversa could not bring herself to accept any level of accountability for the electoral debacle that she facilitated. Instead she blamed the media for her humiliating collapse. Below is an excerpt from an email she sent to supporters on Wednesday:

“John Fredericks, who is the publisher and owner of The Beacon discredited me with lies and hurt our campaign. While none of his allegations were factual, he still reached many readers who may have called my intentions to question. I want my friends and colleagues to know that I did nothing inappropriate when I contacted Mr. Longoria about the election and discussed a board position in the city…The Beacon’s tabloid style reporting…struck fatal blows for our campaign. It was impossible to recover from the scores of lies and negative information that was circulated [to Milton voters].”

This newspaper stated repeatedly during the election that Zahner-Bailey controls about 1,000 votes in Milton, and Tart about 200, mainly in his Avensong district. They delivered their vote: 1,229. The problem was, their opponents garnered nearly 2,000. This does not bode well for the minority Council members, who are both up for election in 2011.

The normally politically savvy Zahner-Bailey made a few blunders in the last weeks of the campaign that accelerated her candidate’s electoral clock cleaning. One was not advising D’Aversa to come clean on her alleged ethics violations early, and to drop the strong-arming tactics, especially those with respected area businessmen.

The other fatal faux pas was convincing her slate to boycott a well-publicized media debate at the campaign’s eleventh hour. Voters can be forgiving for a lot of things. Not showing up for debates by the fourth estate is not one of them. That single decision, made in an arrogant vacuum, openly snubbed voters who may have wanted an opportunity to hear what the candidates had to say. It put the proverbial nail in their coffin and their slate paid dearly for their debate no-show on Election Day.

In the end, we suspect Zahner-Bailey will reinvent herself for 2011, and most likely find a way to win re-election. She may have politically botched this time - she most likely won’t next time. And if she does win, she can probably pull Tart along with her.

But the fact remains that come next year she will control only two votes out of seven on Milton’s City Council. It’s the minorities’ minority.

Fredericks is an idot.

I agree!! And a big Asshole.

Fredericks is no saint, but the truth hurts.

By the way, what is an idot? Some new product by Apple??

For Fredericks to believe that his meagerly-attended, last-minute debate determined the outcome of the election is arrogant. What was it, 20 attendees including candidates' handlers, family members and a scant few residents? Gimme a break!

Get control of your ego, pal.

Errr, why is Fredericks an idiot?

If there'd been more than that, maybe Tina would have won.

And also Tina jumped to the wrong side. JZB, Al, and Bernard are not what the citizens want or need right now and Tina paid the price for her decision. Milton is tied of the drama and bs with that group.

Are you kidding me, he is still at it. At what point does he get over his over inflated ego and realize that no one wants to date him because he is not a decent man and a pig to boot. Get over it Fredericks, your paper is nothing but a tabloid, and women aren't attracted to you or want to date you. Try www.Match.com, they say there is someone for everyone, maybe there is a lucky lady out there that has gotten tired of writing to prisoners that you can hook up with.

Don't forget that Thurman, Lusk and Lockwood were all over Fredericks for his support in his ratty, tabloid paper. This raises a red flag about their character.

So now we can officially add John Fredricks to the list of individuals whose names and reputations have been trashed by JZB and pals because they dared to oppose them politically.

We've got a fat drunk, an alcoholic, a Clinton, a Texan, a whole subdivision of stuck up bigots and now a pig who can't get a date.

Did I miss anyone?

The trashing of names and reputations came from both sides.

Both Fredricks AND those of you that have already posted on this issue have missed the point-- Bernard, Tina, and Al's message was something that voters in this community simply failed to connect with.

Agreed. Some advice for the 2011 candidates - fix the traffic problems on Cogburn Road and Highway 9.

Put a traffic light (instead of a four-way stop) at Francis and Cogburn, so residents of northeast Milton can get out of traffic and Crooked Creek can gate.

Fix the intersection at Bethany Bend and Highway 9 so southbound traffic does not back up on Highway 9.

Construction of the new high school at Cogburn Road and Bethany Bend starts on May 1, 2010.

The City needs to address the traffic problem now or it will be a huge mess and a deciding issue in the 2011 election.

Finally the truth about Milton politics is out in the open. It is a healthy change for our city's future.

Time will tell whether it's healthy change or not.

Future qualified candidates will strongly avoid the hardline JZB supporters as will other voters.

This Sewerhead group gave the perception of being too radical, obnoxious and rude. Their tactics, arm twisting, candidate recruiting and threats are are just outdated for Milton politics.

No one likes growth, but these Sewerheads thought they owned the patent on hated growth in Milton.

All other new cities without Sewerheads have smooth functioning councils with less council and voter animosity.

Future elections will be won by avoiding the this radical group all together.

Those who heavily associated with JZB in the past have badly tarnished their reputation. People now cringe when hearing or reading certain key players names in the endless sewer fights.

Bottom line sewer has not and will not come to Milton regardless of who is on council.

Anyone who continues to create an "issue" from this should not be on council.

What should really matter to Milton is traffic, roads, parks, solvency.

We need to come together to help Milton. Use Milton businesses to get your groceries, gas, services.

There are really good people out there! They do not want to continue the political ugliness! Let the beauty of Milton be represented by both the landscape and the people who live here!

Tina's biggest mistake is having access to email... Julie should have CUT HER OFF.

The sewer and high density issues are not dead in Milton. Nor are these issues dead across America in growth and development targeted areas. It is a big mistake, Rip Van Winkel, to continue to nap while expecting the council majority to preserve your future.

It is called "controlled growth", Sewerhead. We get it.

SEWER CANNOT BE EXTENDED IN MILTON.

Why do people not believe this? It is documented everywhere. Why do we have to be afraid of a non-issue?

I am tired of being afraid of sewer as are 60.52 percent of Milton voters. If the sewer issue comes up again, I am sure it will be the kiss of death to the candidate who continues with it.

And rightfully so, there are more important concerns to address.