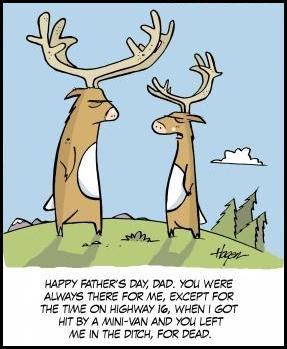 By Tim Enloe;
Accessmilton.com
We received a report today from a resident on Bethany Road. Evidently, a deer was hit in the middle of the night and now lay in the front of a family's yard. A call was made to the City of Milton and an employee was reached. The citizen requested that public works come and remove the deer. The employee responded that they were not allowed to go onto private property, but if the family in question were willing to pull the deer onto the road, they would be happy to come get it. When pressed about this response, she relayed that she was "just the messenger."
One has to wonder if this animal had not been hit in an open road neighborhood, but in another residential node, if the response would have been the same.
More and more, it appears that the families who reside in our open road neighborhoods play second fiddle to the over all majority. This is a dangerous road to take as these residents are the ones who will ultimately define what this city becomes. Tread lightly...
Posted by Accessmilton Admin at Thursday, November 12, 2009

Roxanne, you don't have to put on the red light

What a BS answer from the city.

They can come onto private property with the owner's permission.

Perhaps the policy has changed - but I had a deer hit and it landed in my yard / culvert - on Hopewell Rd. When I called Milton they first referred me to a county number for Animal Control?? The County said they only deal with live animals so I called Milton back and they said they would send someone out and if it wasnt too far off the road they would take it. They did get it that morning so it appears your mileage may vary on this topic. FYI - I was very nice with the person I spoke with - both times :-)

Based on my success with this city service I think I might call them up and see if I can get a sewer line run out to my property - the dang septic backed up again last week :-) Heard the new city council is pro sewer right?!?!?!

Honestly, I think it's more incompetence and/or it's not my job attitude than anything else. Understand this, we do not have a well run, healthy, vibrant city yet. This is the by product of a "lack of services".

Am I missing something? Why does it matter if it was an open road or not? If the deer were on anyone's property wouldn't it be considered private property regardless of what road the property is located on?

Apparently the Bailey's have offered to let the city dig up all the dead deer and re bury them on their property and use the compost for fertilizer.

Too late! Thurman and Lockwood picked up all the dead deer to pose them in empty commercial buildings. It's their new program to stimulate the economy. The thing is those darn deer aren't buying one darn thing and haven't waited on one darn customer! Whoops, it's back to the drawing board for Thurman and Lockwood.

It was a dead deer on Bethany Rd. It does not matter if it was a subdivision or not. I called and was told by R_______ that public works would not come on to private property and pick this deer up. After putting me on hold for several minutes to confer with public works she came back and told me that she was right. She said if the owner could move the deer closer to the road then call back then they could come out and pick it up. Come on, what home owner could go out there and do this. Chris, get the city straight on this policy. Only when Tim printed this on Access Milton because I asked him to, did Chris get all up in arms about getting this straightened out. Are we suppose to let these animals decay in our front yards?????? Get public works busy and drive the streets and pick these animals up.

Tim, when I did call about the dead deer, I at that point did not tell them of the location (Bethany Rd) of the deer, so it had nothing to do with a subdivision or an open road neighborhood. Just wanted to claify that as not to keep pushing the issue on open road vs subdivision. And also I'm sure after I told R_______ where it was located that she had no clue where I was talking about anyway because I am probably 80% sure she does not even live in the City of Milton . Being in a subdivision or open road neighborhood with a dead deer in your front yard should not matter.

Let's quit pushing this issue and just deal with the issue please!

Should the deer have landed in a subdivsion it would have been taken care of promptly. Face it - whether you like it or not it would have been out in the open with many in view shot of the animal. On an open road people are too busy flying by to give a damn.

Your point may not have been open rd v sub. But he does make a good point.

Maybe there is enough room in the SUV, the chief is getting, to haul dead deer.

It's always open road vs subdivision.

Dear whiny milton resident, pay for your own deer removal. It's not the city's job to remove the deer.

A tree fell in my front yard...if I whine enough will the city come out and remove it...(so that I do not have to use my own money to take care of it)Might as well remove my horse manure too, oh, and bring the laundry in off the line too please. PLEASE PEOPLE, TAKE CARE OF YOURSELVES!!!

Last poster. You don't deserve a response. May a deer rot in your front yard.

Can you please let all of us know who you can call to have a dead deer removed from your yard and what the cost may be. Since you don't want anyone to whine about it then why don't you do some research for us since you want to be such a smarta__ about it. Thank you in advance for doing this for us.

Government should provide for everything, including deer removal and tree removal, trash removal, a roof over your head, food, water, flat screen televisions, your education, vehicle, vacations,and government run healthcare. Next on their list is telling you if, when and where to go to the bathroom.

Much better to let big business and executives like the ones at AIG control us and take our lifetime investments, homes, etc. right out from under us.

Perhaps we can find one of those executives vacationing (on our dime) somewhere like the French Riviera and ask him to rent us some toilet paper.

Why does everyone think it is the Government's responsibility to take care of their private property. The city picks up from the city property. Where do you draw the line.... Do you think the government should come in your house and pick up after your kids? I get frustrated when I read articles like this. I feel passionate about this. Not because we run a wildlife company and have added "dead deer pickup as a service. If the public would consider what goes into these calls - the Technicians have to carry a change of clothes around with them for these types of calls. The fleas & ticks that think they have found a new warm host are overwhelming. The deer when you pick them up sometimes come apart in pieces. It is a disgusting job and we are willing to do it but it is for a fee.