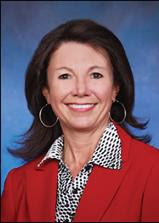 With a scant two weeks remaining before Election Day, Tina D’Aversa’s campaign for re-election to Milton’s city council has been nothing short of a political disaster.

Courtesy John Fredricks / Beacon Media
With a scant two weeks remaining before Election Day, Tina D’Aversa’s campaign for re-election to Milton’s city council has been nothing short of a political disaster.
It started with a series of emails from her city email account offering her opponent, Joe Longoria, a quid-pro-quo deal to withdraw his candidacy. That led to a compilation of factual faux pas that D’Aversa told the media which didn’t check out. From there she changed her story multiple times –and then claimed her comments were taken out of context by the press.
Adding insult to injury last week, she attended a fundraiser at the home of Milton Mayor Joe Lockwood, who has supported her re-election, and publicly stood by her during her earlier miss-steps, only to witness D’Aversa’s endorsement of two of his political opponents in his living room. This caused several of Lockwood’s key donors to walk out, with at least two of them asking for their campaign contribution checks back.
One of D’Aversa’s­­ key advocates called this newspaper the day after The Beacon broke the story to vehemently deny the events as they were reported. But then videotape appeared on a local blog that captured the entire ignominious denouement and verified its authenticity.

In a campaign video, D’Aversa took credit for helping to negotiate the deal with Fulton County Commission Chairman Robb Pitts that enabled the new city of Milton to acquire former unincorporated Fulton County parkland at a nominal per acre price.
In her video, D’Aversa says her relationships with Pitts and Lockwood were critical to the successful negotiations.
But the facts don’t bear out her claims.
The transfer of parkland and other County assets, like a fire station, was introduced as a County Commission resolution on July 19, 2006 and awarded to the city of Milton in a 4-2 Commission vote on August 16, 2006. It was modeled after a similar resolution the County Commission passed for the new city of Sandy Springs.
Voting in favor were Fulton Commissioners Pitts, Lynne Riley, Tom Lowe and Karen Handel. The vote was contingent upon the city of Milton’s legal creation, which was made official by local voters in a ballot referendum in November 2006. That was also when D‘Aversa was first elected to the new city council.
One prominent mayor in North Fulton, who was involved in the original negotiations, said that D’Aversa had no involvement in the matter. “At the time of these negotiations, D’Aversa was not even an official candidate for Milton city council nor did she have anything to do with it,” the mayor said.
Riley, who represents North Fulton on the County Commission, confirmed that D’Aversa had no role as well. “I was not aware of any involvement of Ms. D’Aversa in the matter at all,” said Riley.
When contacted, D’Aversa defended her claims. “I met with Commissioner Robb Pitts [along with] then Mayor-elect Lockwood and others [who] joined us on several occasions [with others] including city manager Aaron Bovos. The question was [the] price for our parkland and facilities. I sought Commissioner Pitt’s support for our taxpayers. He secured support from other commissioners and the low price per acre was approved after negotiations.”
But Lockwood was not Milton’s mayor-elect at the time of the deal, Bovos was not the city administrator because the city didn’t exist and Pitts had already voted in favor it before D’Aversa’s timeline kicked in.
Lockwood said he was not involved in the direct negotiations. “I remember going to a meeting with Pitts at some point around that time with Tina, but I just don’t remember the details.” Lockwood said.
Posted by Accessmilton Admin at Sunday, October 18, 2009

Please get a new picture of Tina to post. She is such a beautiful woman but this file photo looks strikingly like Michael Jackson, plastic nose, make-up and all.

Put your money where your mouth is. Who were the 2 donors that walked out. You use every one elses names openly, so why not let us know who they are?

You must be really threatened by Tina to keep running this negative story that is sooooooooooo one-sided.

I have never seen a man so upset for being denied a date. This is sexual harassment! Face it, John, you are an ugly, sad man. You published your own DUI in your paper, for Godsake. No one likes you. Your paper is the equivalent of Mayberry's Sun. You have to deliver your own company's papers at 5:30 am on Sunday morning because you can't afford to pay someone else mininum wage to do it for you. Go away and allow some real journalists a shot at getting it right since you can't.

The issue is not the John and the press. The real issue is whether Tina has the talent and skill set to serve on the council and she does not. Her campaign disaster is just par for her talent level. It always surprises me at how many of her supporters have never attended council meetings and work sessions and really don't have a clue about her flip flop nature and inability to make a decision.

No fan of Joe, but that is as polite a denial as anyone could possibly summon.
No need to confirm the obvious. Good for Joe.

Tina's campaign boils down to her platform on council.
She doesn't support Julie for her policy, because she can't bring herself to accept something so dishonest, (can u imagine). She stands by her because she is a woman and most of all, she views her as a victim. She claims to support Joe, standing tall, but really just likes the social status of being around his crewe.
Now, about all her shrill fans can do is treat her as a victim and support her as she has done for poor Julie for so long.
She has done enough damage to Milton, now lets move on and let her find a harmless hobby.

Waking up with Tina, no makeup?
Sounds like a great Ashley Madison commercial!
If Freddy got turned down, it probably saved him a trip to the urologist or dermatologist. I forget where one goes for socially transmitted Zahner symptoms.

I just do not understand someone who lies.

And I really don't get someone who lies when they know there are people who can show they are lying-that there are eye witnesses, emails, video, etc that is going to show you have not told the truth.

Is Tina going with the "any publicity is better than no publicity" campaign. She is certainly getting newspaper coverage, but getting reelected? I don't think so.

Honey, if you had just told the truth, you probably would have been fine.

Anyone with any ties WHATSOEVER to Zahner now or in the past needs to go. The Zahner Posse has really damaged Milton.

So agree! Can't elect anyone who she supports either.