Some cities may profit from new census data. 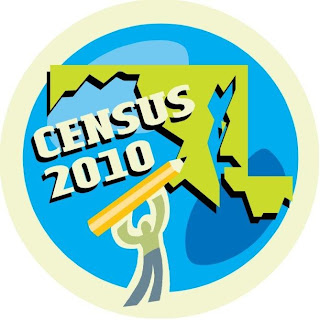 "Parks and recreation could use some help," she said. "[The city] is doing a great job of using existing facilities, but if they could purchase land or start to do something with Birmingham Park.... We really can't do anything with it now because we don't have the money."

Of the four cities incorporated since 2005, Milton may enjoy the biggest gain in its piece of the pie. The city's annual share of the local option sales tax could double from $3.7 million to more than $7 million -- almost half of its operating budget.

Fulton County sales tax revenues are allotted by a formula negotiated every 10 years between the county and its cities. Under the current arrangement struck in 2002 and adjusted as new cities sprang up, Fulton County receives about 15 percent of the local sales tax revenue. The remaining 85 percent is split among the cities based on population.

Most Fulton cities incorporated since the 2000 Census -- Sandy Springs, Johns Creek, Milton and Chattahoochee Hills -- have grown from population estimates used to figure their distribution. Alpharetta, which welcomed more than 8,000 new residents in 2006 and 2007 through a series of annexations, has also had its distribution adjusted.

Milton Mayor Joe Lockwood said any increase in its distribution is still speculative, but the city could always use extra cash.

"My first thought would be to use the majority of it for road work and infrastructure," he said. "Some of it could go to our parks."

Milton is park poor. It has only one active park, Bell Memorial, which consists of four baseball fields, a playground, concession stand and picnic pavilion on 15 acres. The city has budgeted $1.3 million in capital improvements for parks this year after spending no more than $51,000 on them over the past three years.

While Fulton's other new cities showed more modest growth, most gained enough in population gains to receive a bigger chunk of the sales tax.

No Fulton city grew more than Fairburn whose population more than doubled from 5,464 to 12,950 over the past 10 years.

"It's hard to even imagine what the outcome is going to be," he said. "Anybody can do the arithmetic and say ‘This is what should happen,' but I'll believe it when I see it."

Roswell would also see an increase if the distribution formula remains in place. The city could receive as much as $1.7 million extra because its population is up by 9,000 since 2000 to 88,346.

Any extra money would be welcome, said Mayor Jere Wood.

"Lower taxes, among other things. You get beyond that, the need is as large as your imagination," he said.

But Wood also thinks the city will have to fight for that increase because Fulton County may want a larger share than the 15 percent it currently gets.

"We're now renegotiating that, which will probably end up in a lawsuit," Wood said.

Under a new state law, sales tax disputes between the cities and Fulton County would be settled through "baseball arbitration." This system requires both sides to present final proposals, then a judge would decide which one to implement.

Sandy Springs Mayor Eva Galambos said it may not come to that.

Most Fulton County mayors appear to agree that they would like to keep the same system that is currently in place, she said. And, Galambos said she detected no objection at a meeting with Fulton County Commission Chairman John Eaves last month.

"We've already talked with Chairman Eaves, and he made no remonstrance," Galambos said. "So I'm hoping there will be no argument."Not right now.

Eaves says he is more concerned with the census numbers themselves. Fulton County may challenge the count because census estimates from 2009 showed 113,000 more residents, he said.

"We are concerned that the Census Bureau may have missed thousands of housing units," Eaves said. "Our staff is now reviewing the data tract by tract to see where units were missed."

In the mean time, he said he is willing to listen to the mayors ideas on the sales tax split.

"Right now, I'm certainly listening, and I want to have a good relationship with the mayors of the county," he said. "I'm non-committal at this point."

It's a different story in East Point, where the population fell nearly 15 percent.

"That will impact us significantly because we are a small city," said Mayor Earnestine Pittman. "If the sales tax formula that is derived [next year] is based on population, it would really put us down near the bottom."

Pittman said her first focus will be to challenge the census numbers. After that, she plans to sharpen her pencil.

"We most definitely will have to look at tightening our belts," she said.

Fulton County's 1-cent sales tax generated almost $216 million in revenue last year. By mutual agreement, the county takes 15 percent, which amounted to $33 million in 2010. The remainder is divided up among the cities based on their 2000 Census population or, in the case of new cities, best estimates.

Here is a breakdown of last year's LOST distribution to cities and a look at updated population figures: