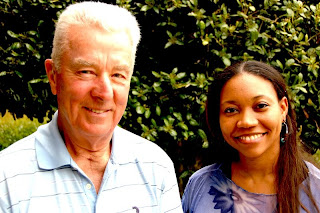 The longtime Nix Road resident got closest to the 2010 Census population number for the City of Milton without going over. Sumrell guessed 32,247; the Census reported 32,661.

Click here for more information from the U.S. Census Bureau.

"My thanks to all of the vendors who supplied the gift cards and discount coupons that were in my gift pack," said Sumrell. "We will make good use of them and will continue to support these vendors."
In second place was Alfred Soldavini with a guess of 32,196. A consolation prize went to Kim Steils, who guessed 32,819 but unfortunately went over. Both received prize packs from these local businesses, as well.

"We had a great response partly, in my mind, because of this game," said Michele McIntosh-Ross, city planner and Census liaison. "Our aim was to raise awareness of the Census and make sure Milton got an accurate count. Our response rate was above the national average - 77 percent versus 74 percent nationally and 70 percent in Fulton County - so we accomplished that mission."
Incorporated on Dec. 1, 2006, the City of Milton is a distinctive community that embraces small-town life and heritage while preserving and enhancing the city's rural character. The City of Milton is committed to maintaining the unique quality of life for its constituents while efficiently delivering essential services to residents and businesses in an interactive community environment. For more information, visit www.cityofmiltonga.us, or call 678-242-2500.
Posted by Accessmilton Admin at Sunday, April 10, 2011