City Council To Take The Fall For Redistricting Controversy? 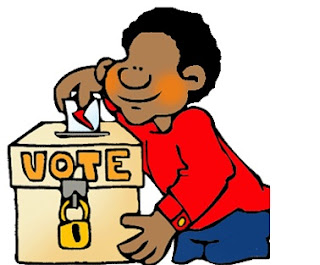 Another Milton City Council election will take place this Fall.

The redistricting issue has almost been as talked about as any recent Milton City Council election with "pros" and "cons" being all over the board. This person leans this way; the other the exact opposite.

Talks of consequences and assumptions abound regarding traffic, gas prices, and even claims of racism.

Some have called on the Milton City Council to speak out regarding Fulton County School Board's approach to shuffling students. Mayor Joe Lockwood was actually called a "bigot" in a comment left on Accessmilton.com regarding his vocalization of support for a particular plan.

However, the city's elected officials have no jurisdiction regarding public school placement as the FCBOE is not required by law to follow city lines or listen to the city's governing body.

Regardless, many citizens are still quite bothered stating they want to "vote them all out" this upcoming Fall due to their assumed lack of action.

With all that in mind, what do you think? Do you find Milton's City Council at some fault regarding the redistricting issue or do you believe their hands are tied? Do you believe that city councils should have discretion on school placement or should it all continue to be left up to the Fulton County Board of Education?

Have your say in the comments section below.

Basically it appears you are looking to stir up some horse manure.

I don't think that the mayor is a bigot but I do think that he abused his position at the meeting. He has every right to act as a private citizen and voice his concerns. However, he took over the microphone "as the mayor of Milton" not as private citizen, Joe Lockwood. No one else was introduced by Ms. Reeves and then handed the microphone to say whatever they would like. Then he and Julie Zahner Bailey have both claimed that the current draft plan is in direct opposition to the Milton Comprehensive Transportation Plan. Where is that the case? I've read it and don't understand any of it that way. Read it yourself:

Please refer the rest of us to the part that is in opposition to the current plan and please let us know where the data is to support it. The sad thing is that this is pulling apart a community. I would think, especially as mayor, that you would want to try to rally your community together.

The east-west traffic issue is a made-up problem so there are no studies to support it.

The mayor should not be allowed to just make stuff up to protect the "complexion" of Milton HS and to further his ill-conceived dreams for Crabapple.

I agree that the mayor abused his power.

Julie Zahner-Bailey pulled the same trick during the elementary school redistricting of 2009.

JZB spoke at a Katie Reeves meeting and pointed to northwest Milton as the City's primary growth area. In the face of a real estate recession, JZB used City data to convince the FCBOE that the market would absorb more million dollar estates in west Milton than $200,000 townhomes in Deerfield.

As a resident of the less affluent, more diverse east side of Milton, I am so tired of getting screwed over by our City officials in favor of the wealthy west side of Milton.

He may not be a bigot, but it is pretty obvious why the Mayor and some residents of the west side of Milton want the City to be divided east-west.

It will certainly affect my vote. There is no way on earth that I will vote for that traitor Mayor Joe. I would vote for Al Gore before I vote for him again. He should have remembered that he represents all of Milton, not just the rich half.

Hey post 9:51 AM - this is simply reaching out for opinions and a chance to speak your mind. Slack off!

He IS doing what is BEST for the community. He did not overstep his position, he addressed the traffic as mayor, and he has a right to speak as a citizen. Don't agree with the city's recommendation for whatever reasons so now you attack the mayor for being a leader. That's what leaders do, act in the best interest of the entire city. The rest of council has been quiet except for Julie,why is that? No other entity can come to this town and take over our traffic plan, other than the BOE. That's too far reaching into the local jurisdiction. We need more local control across the board. This is Bill Lusk's district which is most impacted and we don't know if he even exists!! Quiet as a mouse!!

Longoria won't say a word or Crooked Creek will lynch him if he publicly comments against plan C. That is a given.

Karen Thurman did attend the same meeting as the Mayor, she just didn't speak.

"Slack off!"... very immature. Some of the comments on this blog are embarrassing. Think about how you represent yourself. Some Miltonians are so concerned about others coming in the community, but I think we should be more concerned about some that are already here.

The BOE is the one pulling apart a community, their decisions all the way around. Every aspect from A to Z.

7:25... you are wrong on two accounts. First, Traitor Joe didn't do what was best for the community. The community doesn't end at Freemanville road.

Second, Julie did weigh in, albeit delacately. She sent a note highlighting the red shirts' position a couple of weeks ago. Not only was that a bad decision as a councilmember who is elected "at large," it was a terrible decision as a Fulton County Board of Education employee. They were specifically told to keep their mouths shut. She later sent a much more neutral note to her mailing list.

Now that you are directly affected and feel the plan you like is threatened to change, you start to howl, fair weather citizens only get involved when the issues affect them and in the meantime don't pay attention until it does. Well Plan C is the worst plan for our traffic. That's not my opinion that
is based on the north south pattern our city engineers recommend. Get past what kids will go where and with who, who cares, the traffic affects everyone who
drives in Milton. You are working really hard to make it something it is not.

CCreek and Hermitage goes to the new school in all three plans so what is the motivation to want most of Milton to join them at the new school? You are attacking the west side for wanting to go to the school closest to them and calling us bigots for wanting to follow the actual criteria, attacking the traffic now trying to say the traffic will be better. No way. Highway 9 is the only infrastructure that was designed to handle the traffic, and there is a light at that intersection already that was meant to handle the flow.

So if we are bigots and you don't like us why do you want to have your kids go to school with ours? Your arguments and attacks are sad and absurd.

The traffic plan addresses all the roads if you saw it you would know. Gosh the attacks are so transparent that younare the ones freaking out Bethany may not be filled with rich white upper middle class students, you guys are the ones speaking as fools to make your insinuations to the west side residents and the mayor, wah wah wah is right.

Tim better get the city to change the noise ordinance because the whining rom the crooked creek subdivision is beyond the allowable decibel readings permitted!!

So the BOE is now telling another jurisdiction, Milton's elected officials to keep their mouths shut. And you like that?
Wow!
Who is the traitor?
So being a drone to the system is a good thing?

So then you are saying Lockwood went against the government telling him to shut up, well he is a hero!

I can't wait until the mayor shares all that data about east-west traffic.

Look out mayor their coming after you for not wanting most of Milton in the new school. Their true motives as clearly exposed by their bigot comments and new rational that traffic would be better if everyone came east is gross.

They are not half of Milton even though they think and act as if they are. Keep it up east side you are firing up our base and momentum been more.

Maybe they will name the schoolCrooked Creek high, it's appropriate in so many ways.

Go ahead and blame Crooked Creek if it makes you feel better. Your emails speak for themselves.

"The degree of one's emotions varies inversely with one's knowledge of the facts."

8:04 AM-Amen, great post. Of course the east side wants the west side at their school, it makes it better. Funny how they turn it back on us.

6:47 poster: What is it about you west siders that would possibly make the new high school better? Because you make more money and of course are better parents with the smartest kids around?

My kids play sports and have friends all over Milton - Deerfield, Crooked Creek, White Columns, Harrington Falls - and in some great Alpharetta neighborhoods as well. We would love all of our kids to go to school together, but there's just not enough room at one Milton high school.

Both of the high schools in Milton are going to be great. Let's just get on with it.

I'm not trying to be argumentative but where in the transportation plan exactly does it say that east-west traffic is so problematic? (Again don't shoot me just trying to find out.).

Also, where is the data? From what I've read a lot of the Comprehensive Transportation plan is based on "perceptions" (it even states that) and it is noted that it will have to be "studied" to be improved. Have any of the studies been done?

I do think it is sad to see people within the city throwing each other under the bus so much.

The north-south traffic problems on Cogburn Road and Highway 9, on the other hand, are well documented.

The east-west traffic will get better when students from Crooked Creek, The Manor and other areas on the highly populated east side no longer have to travel east-west to and from Milton High School.

7:02 start one, why wait for somebody else to do it? That's what wrong here, everyone wants to complain and say what should be done, until it's time to do it. Do it yourself.