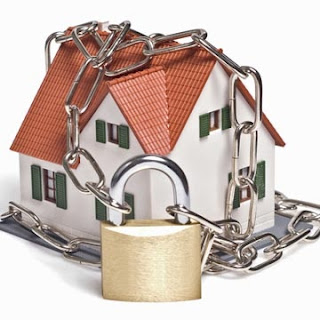 Milton continues to be the haven for burglars anonymous.

On April 2nd, Milton Police Officer Grey responded to an alarm at a Hopewell Crest home in Milton around midnight.

After securing the property, Officer Grey saw a kitchen window that was open.

Upon further investigation, pry marks and weather stripping damage were noticed at two doors on the back of the residence as well as screens being cut.

While nothing was taken, it is a good bet that the triggered alarm scared of the would be intruder.

What good are alarms if we only have 3 officers on in one 12 hour shift, even if it's four officers, if they are handling speeders, walmart shoplifting or dui's, that leaves only one officer to possibly respond to an alarm, really?? So the alarm goes off and the burglars spend the next 10 minutes ransacking the home and flee before the police show up. Maybe an Alpharetta police officer can make it all the way from Hwy 9 or Winward of North Point to your home in the middle or north east or north west of Milton to save you and your family. What is it going to take to get more officers on our force, 100 burglaries? to be sloughed off by our city and not even acknowledged?

WE Need More Officers City Council! Wake up and smell the coffee. You are all going to be blamed if the burglaries continue and they are not caught and brought to justice!

Those up for reelection you would think would be all over this like white on rice, but I guess they dont care or are not going to run again. I think they shouldn't bother running again and do us all a favor.

Well said. Our police officers are overworked and the city still does not hire additional help. However, city is getting new computers. Priorities are not in proper order.