On A Basketball Note... 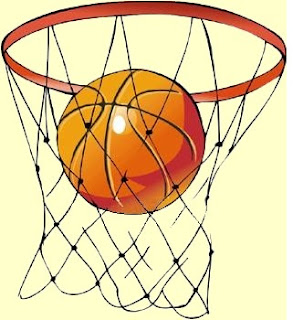 Parents have contacted Accessmilton.com off and on regarding accusations of some students being "shipped in" to play with the orange ball and, in turn, taking the spots of other students.

Many thanks to "The Cake Lady" for bringing the following story to our attention.

The Florida High School Athletic Association today released findings from its investigation of Aventura-area Dr. Michael M. Krop High's basketball team, which was disqualified from the playoffs last year amid amidst allegations of rampant cheating.

The verdict: For falsifying information in order to play ineligible students, Krop High is being fined $53,182. Its boy's basketball team, ranked number one in the state at the time of disqualification, will be barred from the playoffs for three years.

New Times' own investigative work appears to have played a large role in the association's findings: The three students found to be in violation-- Joseph Trevin, Angel Rodriguez, and Brian Delancy-- were discovered by this publication to have filed bogus addresses with the school district.

The financial hit is a relative bargain, discounted because Miami-Dade County Public Schools took action based on the association's investigation. Krop was facing a fine of $331,000 which was reduced, according to the athletic association, with the demotion and transfer of former principal Matthew Welker and the ouster of notorious coach Marcos "Shakey" Rodriguez.

In addition, all public school principals and athletic directors in the county will have to attend a "compliance seminar" next year.

The athletic association's findings are redacted, but it's easy enough to figure out which players they refer to.

Residence information was falsified in the cases of guards Joseph and Rodriguez, according to the investigative report. Records showing that faculty member checked on their addresses were also doctored. In Joseph's case, the school produced a data card showing Joseph's dad was employed in Miami, but the kid himself told an investigator his dad worked in Georgia.

The school also failed to fill out a form showing that they did not improperly recruit Rodriguez or Joseph, who transferred from high schools in Puerto Rico and Georgia, respectively.

Brian Delancy's eligibility problems first cast a spotlight on the basketball team. Besides having failed to file proper immigration paperwork, Delancy was shown to have claimed conflicting guardians in documents filed with the county and the athletic association. As New Times first reported, Delancy's purported guardian Bernard Wright was a very sketchy basketball recruiter and long-time crony of Shakey Rodriguez.

The entire athletic department is now on administrative probation for four years, which means if any further cheating is uncovered, it could get dropped from FHSAA competition.

Two more this year who played AAU ball with a Milton player this summer.

Let's verify all proof of residencies for all BB players at MHS and put an end to this BS. The price to win championships is that of those who sit the bench within the school districts while others are shipped in from other counties or bogus addresses in order to pump up a program at a local school. Time for this crap to stop.. No one wants to touch it? Why is that? just love geting those trophies attached to the school name from teams that don't contain 100% students from their district or even county? Time for a full blown investigation right here in Fulton County.

Agree , 7:32. The problem lies with the local and district administration who look the other way. Check the record of certain coaches at Milton and see that this is the way the have always operated. Even he Atlanta system said no!

Nope, and don't even have a boy in the school. Sorry to dissapoint. I do however know of several families and their children who have been affected by these kids being shipped in that don't live here to win championships for the school. It's corrupt, plain and simple, whether it's my child or anothers, "riding the pine". Wouldn't you agree, or are you in favor of this school winning championships with players not from our own town taking them there while the kids that live here ride the pine? which is more important to you, the trophy or who plays on the team?

You did not dissapoint.

If you are convinced the allegations have merit, take legal action.

The GHSA has new regulations regarding athletic transfers. High school adminstrations can request a review. Doubt that the Milton adminstration will request one. Fears the booster club.

This entire city is corrupt.

Did you mean Bethany Bend Over?

Thank you for very good blog about Pooper Scoopers. It's very nice.