Where Will The Milton Library Go? 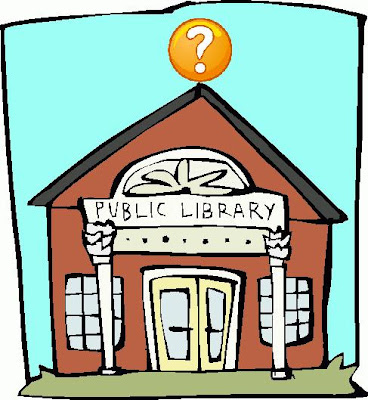 The topic of the Milton Library has been on and off since it's announcement this past year. Should it go in Crabapple? Should it go on Windward? Opinions and questions continue to be bounced around.

Well, the owner of one potential site was kind enough to share with us some information regarding his property on Windward Parkway. Dennis, the floor is yours:

The Fulton County Library Board of Trustees and the Fulton County Commissioners will soon be making a decision on where to locate the new library in Milton . They want to hear from you on what location best serves the majority of Milton residents.

You can learn more about the proposed site located at Windward Parkway at Webb Road near Highway 9 by clicking on: http://www.fultoncountylibraryinmilton.com/

If you already know about the site and agree with many other Milton residents that it is the preferred location then please sign the petition by clicking on: http://www.ipetitions.com/petition/fultoncountylibraryinmilton/ Both sites have a Power Point presentation that shows the proposed layout of the site, demographics, transportation routes, etc. Thank you for your support of the Windward Parkway site for our new library in Milton .

Anonymous said...
This comment has been removed by a blog administrator.
1:54 PM

Would like to know about the other proposed site in Crabapple. Are there links to the powerpoint or site for that one as well?

Interesting that both sites are on the edge of other cities. Wouldn't it be nice to have it somewhere more central to our own city?

How about letting the library board, who have experience in these matters< chose the site? (Hint, they will!)

The library is an information resource to be navigated by the public, as well as a highly technical work environment for the library staff.

It would be interesting to know where the population center of Milton lies. With so many Milton residents in the Deerfield and Highway 9 areas, my guess is that Milton's population center would be pretty close to the Windward Parkway site.

For those who have not viewed the site map, the site is located at the "end" of Cogburn Road (where it turns into Windward Parkway) diagonally across from Hopewell Middle School.

It seems like an ideal location for a library to serve the majority of Milton residents.

Why would we want to place a library in the middle of that mess of traffic on Windward Parkway? I don't even like to shop in that chaos! Whatever happened to John Adams proposed plan for a new city hall and Library to be located in Crabapple creating a town center atmosphere? How about showing us that paln again? Having a library adjacent to Milton High School would give the students a convenient facilty to enrich their minds after school instead of hanging out at the mall!

The JT Adams proposal for the $7M government center and library was an effort by certain council members to help their friend out of foreclosure. Check the AJC archives.

Are you saying that those councilmembers circumvented the RFP process?

According to the AJC, Adams went into foreclosure in August. Thurman and Lusk were really pushing hard for this project in July. Gosh we have not heard anything else about it. I wonder why?

Actually those council members did violate the RFP process and did this whole development behind the scenes. Drive by and enjoy the $7million facillity and enjoy it with your family and friends.

(Hint: just use your imagination as you apparently have been doing for quite a while?)

But recently, both of his elegant projects were repossessed by his bank, Flagstar of Troy, Mich.

The man went lost his projects to the bank, sad but happens a lot these days. This has nothing to do with when the city sends out an RFP to do a city hall. Just the facts.

Again maybe you are one of the people that dont look at what is good for all but just anything other that what makes sense. I bet you live in distict 6?

Or drive a dodge and cut grass.

I think I know that type?

does he really cut grass? i thought he just drove the dodge.

Grass,sticks, dead animals, river cleaning, placing trash in rivers before cleaning, what ever you want.

Could we have some more info about the J.T. Adams presentation to council? Was there a formal RFP sent? To whom? Who invited him to present? When did he present?

We all should be aware if something unethical has occurred.

This was the meeting held in Crabapple that John Adams presented a great plan for a Town Center.

Council Member Bill Lusk and I want to thank all those who took the time to attend the Crabapple Town Hall meeting. We also want to thank Milton residents Buck Bell, JT Adams and George Ragsdale and many of our city and county staff and consultants for their presentations at the meeting. Over 175 people attended the meeting and I know that the Mayor and City Council Members welcome your feedback on any the items that were presented.

For those that were unable to attend the meeting, a survey concerning the Crabapple area was distributed and is now available for completion online. We ask that you complete only one survey per resident. The survey can be accessed at http://www.surveymonkey.com/s.aspx?sm=btS7EpaaKIFFqsS2yiuYvg_3d_3d

The Fulton County Library System is requestingcitizen input on sites for five of the eight new libraries to be built during Phase I of the Library's Facility Master Plan. If you have a recommendation for a site for the Milton library or a preference in location for the library, please let them know by July 31, 2009.

Thank you again for allowing me to serve you in Milton.Sincerely,

I am sure the children at MHS will run straight to the Library after school. More like speed to the Library and throw stuff out the window. What you think the children should do, or would do, isn't necessarily what they actually will do. The majority of kids at MHS, will not head to the library after school. It's nice to picture it, but doesn't seem like reality. Think of another reason to put it at Crabapple. I have one. Because of the existing traffic and lack of infrastructure, let's shove it there and add more to the problem.

I thought Karen said she never goes to this website. Guess she does pay attention to somethings in Milton, other then JT and her desire to have "some" developers make tons of money developing a master plan at Crabapple. Hey people, find out who are the developers and their relationships to those on council before you put your trust in anyone.

You guys need to lighten up on Karen and give her a chance as she is really trying to start over on a clean slate. She now goes by Susan and is wearing panty hose not to get rid of the awful panty lines.

The timing of the above meeting is a perfect example of her doing everything possible to help her friend JT out. He was going into foreclosure. She almost pulled it off without a needs analysis and an RFP. With the 4 vote majority, I can see how she might have felt she was above abiding standard protocol.

Don't let her slide on the scam her company pulled on the military either. Her family has long ties to that lending company and was on its gravy train until Tennessee and then California caught up with what was going on.

For Thurman's family ties and ownership in these parallel companies see pages 1 - 5.

Enough already with using this sight to attack the politicians and business leaders! The subject at hand is "WHERE WILL THE MILTON LIBRARY GO?" Let's show the readers that Milton residents have intelligent comments to make about this subject and stop the nasty banter like the above nonsense!!! Grow Up Folks!