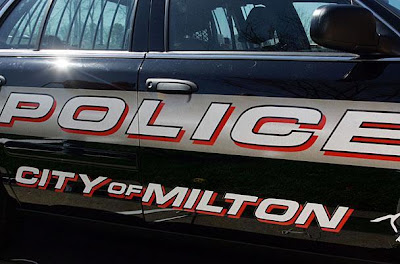 Many CH2M Hill employees assigned to Milton decided to stay

But the relationship soured when the city needed to cut the budget. Last week, Milton ended its contract with CH2M Hill, a Colorado-based firm, and went to a mostly traditional form of government.

City Manager Chris Lagerbloom said the change should translate into at least $1 million in yearly savings -- a significant sum for a town with a $22.9 million budget.

Twenty of 34 CH2M Hill employees assigned to Milton decided to stay, most holding the same jobs. The city rounded their annual CH2M Hill salaries up to the nearest thousand.

Angie Kapijimpanga, who works in the public works department dealing with citizen complaints, said she decided to leave CH2M Hill because she likes her job and co-workers. Another factor: The company didn’t promise her another job, she said. “It’s tough out there,” she said. “Having to start all over again is no fun.”

The city added the switchover employees to an existent benefits program and purchased equipment from CH2M Hill, such as the computer system and a handful of vehicles.

The city of about 20,000 people in the rolling horse country of north Fulton isn't rejecting privatization entirely. It signed up with some of CH2M Hill’s small subcontractors to keep the roads clean and maintain road signs and signals.

“We just elected to eliminate the middle man,”

Milton’s leaders praise the way CH2M Hill guided them during the startup, with the company going so far as to sign a lease on the one-story office building that serves as City Hall. (Milton now holds the lease.) Milton paid CH2M Hill about $7.6 million out of a $22.9 million budget for 2009.

Only top administrators and police and fire employees were on the city payroll. The company provided the secretaries, people who cleaned the roads and the park director. It supplied much of the equipment those workers used.

“For all intents and purposes, they worked for the city,”

said Tom Wilson, a CH2M Hill employee based in Milton City Hall during the transition. “If you ran into them in the grocery store, they’d say they worked for the city.”

But last spring, Milton had to trim $1.5 million from the budget because of the economic downturn. With the $7.6 million CH2M Hill contract basically untouchable, the city could cut only in areas it controlled: public safety and capital projects, such as road paving, Lagerbloom said.

“The economy forced us to look deep into the budget at every option we had,”

Mayor Joe Lockwood said.
Another new city, Chattahoochee Hills in south Fulton, ended its CH2M Hill contract in May because of the cost. It had only 2,500 people and one dedicated employee.

Johns Creek and Sandy Springs leaders are generally happy with CH2M Hill but trimmed their contracts.

Of the three north Fulton cities, Milton was the most economically vulnerable because it has the smallest population and commercial tax base.

Anonymous said...
This comment has been removed by a blog administrator.
10:39 PM

Anonymous said...
This comment has been removed by a blog administrator.
11:03 PM

Tom Wilson, there's another person talking out of the wrong hole.

Tom shops at Kroger you idiot!