Residents A Buzz About Redistricting. 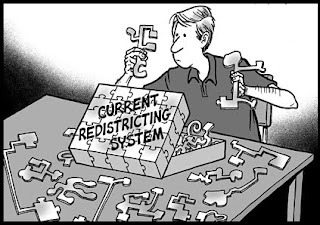 The various cities in North Fulton are a buzz about redistricting plans being set fourth by the Fulton County Board of Education.

Concerns vary from traffic issues to the splintering of long existing communities.

All is in response to another high school, currently known as "Bethany Bend High School", set to open in the Fall of 2012 in Milton.

Keep an eye on Accessmilton.com as this story unfolds.
Posted by Accessmilton Admin at Thursday, March 10, 2011

This issue will likely be a defining moment for Milton. Why? Because the "other" Fulton County government has already had such an impact on our town. No member of city council is standing against the Board. How can we Kow-tow to the Board, and still expect Milton County to be taken seriously. The board doesn't give a darn about our traffic, or our community. Read the input they asked for. They want to know proximity to thee new school, and where traffic is. Ever read a map? What about our input on where we want our kids to matriculate. Grow a pair City Council. Someone stand up for us please. Get the board to listen. WE can define our town is we just stand up. WE will define our town if we keep laying down.

The School Board is going to destroy Roswell and the great community that it has become and is. We pay their salaries...we need to FIRE them and elect humans that will listen..and listen to reason. The inevitable DOES NOT have to happen to our wonderful town.

Milton City Council, where are you on this most important issue?

The FCBOE is the largest sole entity which has immediate and direct impact on Milton in huge ways over any other company or organization or developer that could ever come to Milton. Where is our leadership and represenation?

Better move to Roswell, to go to Milton High School.

The City Council members of Alpharetta, Roswell, Milton or any other city has NO power over the Board of Education. When are you ever going to get this through your thick skull????

Unknown said...
This comment has been removed by the author.
3:12 AM

Let's see. I pay taxes to Milton. I pay taxes to the FCBOE. I expect my city council to protect my city. I expect the Board to operate schools. When the Board impacts my city, if my council won't stand up to defend, what good are they anytime else? We may have to take this to the legislature, but it would be nice to have our elected officials at least try to keep Milton safe.

What is wrong about a beautiful new school being built in the best school district in the state for the brightest students with the most supportive parents?

Nothing. It's about living 1 mile from Milton HS and being bused 4 miles to the new High School. That is what its about. It's about my children growing up and play rec with all their friends next door and neighborhoods next door, than attending high school separated from them across town due to some Board members idea of how the lines should be drawn. Who is paying their salaries?? I am not okay with government dicatating to us where our kids go to school. It should be based on a sense of community and close proximity. My kids shouldn't have to pass 4 schoools to get to the one they are districted to. Ridiculous!

Last poster... I was fine until you started ranting about the government blah, blah, blah. Then it got old. Call Miss Bachman, maybe she can help?

Liberal ! It starts at the local level. Only a liberal would want any level of government telling them what to do. Go call Obama your UNION leader.

6:47- MHS and the new high school are run by the county government, not the city council. It will be what it will be, a wonderful new school in the best government run school system in this great state!

No duh.
It's government. Period.
Which its arms are too over reaching into all our lives down to the schools and those who run them.
Period.
The wonderful new lovely school is not the issue, it's the control they are overstepping on all of us, the taxpayers who fund their paychecks.

To anonymous at 4:42. Nothing is wrong with it, except we'd maybe have to argue about the school district and how you define the word "best". And be sure to get in contact with parent and students from Roswell and Alpharetta. This board is so screwed up that there's probably a chance that the kids from crooked creek will end up gong to Chattahoochee.

"No duh"... and your worried about the government being involed. Perhaps, intervention is necessary.

Keep our communitys intact and keep goverment from telling us whats good for us.
1) Housing values are already being effected by this rezoning/fracturing of communitys.
2) Fulton County is closing 2 schools. sacrifical to new N. Fulton school?
3) Dekalb is closing 8 schools
4) Gwinnett is sueing BOE for rezoning issues now
5) We are in a depression/recession unseen since the 20's and 45.5 million on a new school? Really?
6) If we personally spent money like a druken sailor like BOE is we would be broke...OH its goverment they can tax us!
Stop the madness...take a stand for our rights as tax payers....

In answer to Anonymous at 4:42: What's wrong is what the FCBOE may be thinking about doing to one of the best schools that already exists, RHS. They may end up taking half the rich kids out of Roswell and move them to Milton and then move in poor kids from the gang areas on Holcomb Bridge Road. Good for Milton, bad for Roswell.

Facts are facts: poor kids don't score well on tests, don't have parents who volunteer, don't take AP classes in as great of numbers, and don't donate to the booster clubs or PTSA or anything else. So, no big deal for Milton or the kids moving there maybe, it'll still be a good school. But at the cost of Roswell, whose namesake high school will be the school for poor kids and gang kids in North Fulton -- and no longer one of the best schools in the country. And it's not because Roswell has become a crummy place to live, but because half of Roswell's citizens will attend school in a different city!

Milton city council and mayor needs to make some effort to stand before the FCBOE on behalf of its citizens. Only one person comes forward from council.

HAHA. Milton deserves all that is coming to it. Council that was elected repeatedly only looks out for their own interest.The Police cant do anything about anything, due to B.S. from city council. The city manager thinks he is entitled to anything and everything due to who is parents are and how much money they have. Lets see should I go on.. So stop Bitching, and look inside your own souls. Then take a look at who we keep electing and hire to run this town. Time to scrap it and start new... And all this is just the city. Now multiply that by 10-25% for our county govt., and another 15% for state and fed. So first we need to start by not electing idiots who care for the special interest, and listen to the vast majority of their constituancy,but thats my take. Other than that Milton for the most part consist of good for nothing people who beleive they are better than everyone