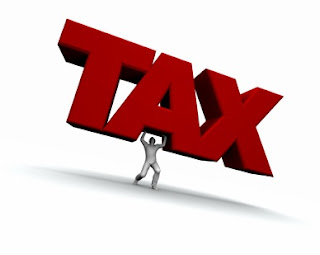 Monies to cover necessary improvements for High School, others.

MILTON- A recent impromptu city council meeting was called last night to discuss covering the unexpected costs hitting the city for the new high school among others.

Prompted by citizen concerns regarding traffic flow through the Cogburn / Bethany Bend intersection,members were left with no choice but to approve a tax increase. "Regardless of what some might think, this was a very difficult decision, " commented one elected official who spoke to Accessmilton.com on the condition of anonymity.

"Immediate action is required now to make sure that the school opening in 2012 doesn't become a logistical nightmare for citizens and students alike,"commented another.

Location of the school was originally planned for Freemanville north of Redd Road but several active citizens fought that proposal with the BOE eventually relenting due to environmental concerns at the site.

Frustrations as of late have been a plenty when it comes to the Fulton County Board of Education. Ongoing meetings have taken place throughout North Fulton questioning numerous redistricting proposals.

Originally promised to be a "rural community" with no tax increases in sight, Milton has continued to sway away from that initial pledge. Little has been offered by council to give the open roads residents of Milton a voice to insure protection of that unique feel their properties provide.

Suggestions by citizens were not heard at the time of the meeting.

Is the one on the left a resident of Milton? Think she's run for city council?

Predictable fallout from the BOE's poor planning and decision making begins as they continue to defend their process and policies.

Yes BS as the council can't raise rates. Only a vote of the population can.

Did you vote for 90% of all of your property taxes to fund the schools?
4:46 what in sam heck are you talking about? There is a picture of a man holding up the word "tax", what planet are you viewing this from?

What is today? Fools!

So Roswell City Council couldn't get a 2nd on a resolution to recognize the City of Roswell as a community. Roswell City Council sent a strong message that the Fulton County School Board has all the power in the redistricting and that City boundaries mean NOTHING. NOW, as predicted, taxes are going up in Milton to cover infrastructure costs related to the decisions made by the Fulton County School Board. Roswell is surely next to be hit with this same increase. PLEASE REMEMBER THIS WHEN YOU VOTE IN NOVEMBER! We elected the Roswell City Council members and expected then to come through in our time of need and the only ones there were Mayor Wood and Dr. Price. To them, thank you! To the others, your days are numbered.

Oh My Gosh People
This is an April Fools Joke!
Come On!!

This is too funny!
First of all the City of Milton would have put out an E-blast or news release about this.

Really? Really? are you all buying this? If so I gotta bridge in Cali for sale!