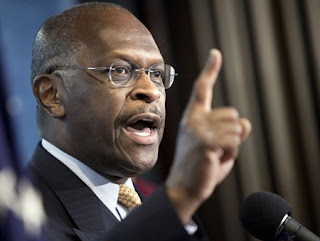 We have a crisis of crises in this country and some people continue to make the false claim that the Tea Party movement is racist, simply because many of us disagree with the policies of the Obama Administration. They also play the race card to try to dismiss President Obama’s leadership deficiencies.

Last week, a reporter asked me about some homemade signs at early Tea Party rallies, which were offensive toward President Obama and which quickly disappeared from subsequent rallies. But the reporter never mentioned the barrage of Bush-bashing by the liberals in the media who made it a sport when Bush was president.

When a black listener to my radio show finally figured out that I am an American Black Conservative (ABC) who disagrees with the failed policies of the Obama Administration, he did not call me a racist but resorted to calling me “shameless”, since I dared to disagree with our black president.

I pointed out to him that some black people can think for themselves, and that we all have a right to criticize our elected officeholders. You will notice that I did not refer to them as leaders. That would have been inaccurate.

Recently, I won the presidential straw poll at the Tea Party National Policy Summit in Phoenix, Arizona. During an interview last week, a reporter asked if I won because the Tea Party people are trying to dispel the accusations of racism. Never mind that this is the third unscientific presidential straw poll I have won in the last couple of months, along with RedState.com and WHO Radio in Des Moines, Iowa.

And then last week in the World Net Daily straw poll, I finished in a statistical tie for first place with Sarah Palin, Ron Paul and Allen West. Since Representative West is also an American Black Conservative (ABC), it is highly unlikely that so many people in different straw polls are voting for us to show that they are not racist.

Such a ridiculous conclusion would be an insult to both Representative West and me. If people would look at our respective histories, they just might notice a long list of “red meat” accomplishments.

Another reporter asked me last week, “Why do Tea Party people like you so much?”

Could it be they liked my message of less government, free markets, upholding the Constitution and individual responsibility? Can the liberal mind possibly consider that people like me because they see some leadership in Herman Cain? Could the people who are part of this massive citizens’ movement be looking past the color of my skin?

Maybe people like my common sense ideas about how we get this country back on the right track. Because it is clear from the dozens of speeches and town hall meetings I have done across the country that most people feel we are definitely on the wrong track with this administration. That is, everybody except the liberals and the so-called progressives.

So get over it! The race card has expired! Intelligent thinkers are not buying it.

The expired race card is not going to dismiss the lack of leadership by this president. He has not focused on the right problems. His priorities are politically motivated. He has not surrounded himself with the right people, and he has not put the interest of the American people first.

Most people have gotten past race. They are looking for results.

Is it really an accomplish to tie is a straw poll with Sarah Palin? Remember, she was the reason McCain did not win the election against Obama.

Your last statement is absolute lunancy. Mr. Herman Caine knows what our country needs. He has my vote.

Palin was not the reason McCain lost. If you are a conservative you know McCain was not conservative enough and his debates with Obama on television were weak. The Country was looking for that Maverick, and he was not existent in the debates, That is why he lost, not because of Sarah Palin.

No, I'm certain McCain lost because of Palin. Before she came into the picture, he was doing quite well in presidential campaign.

As for Herman Cain, he may appeal to very conservative republicans, but most Americans will not vote for him.