Woman: ‘I shot him as much as I could'

NOTE: If you think that an incident like the following cannot take place in this city, think again.

It is imperative that a program is put in place to support and aid the Milton Police Department. Citizens need to stand with these public servants and let those that look to break the law know such action is not going to be tolerated in Milton Georgia.- Tim Enloe; Accessmilton.com
------- 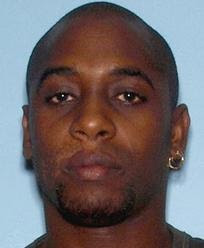 By Rhonda Cook
The Atlanta Journal-Constitution

The crying woman told a 911 operator she “shot him as much as I could” and moments later police found her would-be attacker dead in the back yard of her Gwinnett County home.

The woman was getting out of the shower when 34-year-old Israel Perez Puentes, armed with a knife, dragged her to the bedroom where he planned to rape her, police said. Her fear was evident in the recording of her call for help – obtained by AM 750 and now 95.5FM News/Talk WSB.

“I was in the shower and the lights cut out in my house,” the sobbing woman said moments after she shot and killed Puentes on May 11.“This man came at me with a hood on. And he had a knife in his hand.”He forced her into her bedroom, she later told police, and that is where she retrieved her gun.

"He was going to rape me, kill me.

“I can’t go back in there. … I don’t know where he is,” said the woman, whom The Atlanta Journal-Constitution is not naming because she was the victim of an attempted sexual assault.

Gwinnett police Cpl. Edwin Ritter told the AJC last week that the woman, who is in her early 50s, was getting out of the shower when Puentes, whom she did not know, turned off the lights and attacked her.

She fell back into the shower, injuring her back, and tried to fight Puentes off with the shower rod, Ritter said.

"She was telling him that she has money and please don’t hurt her," Ritter said.

"He forced her into her bedroom," Ritter said. "Once inside the bedroom, she retrieved a .22-caliber pistol and shot him several times."Ritter characterized the attack as an attempted sexual assault.

Puentes, of Alpharetta, ran outside the house and collapsed in the back yard of the house in the 2800 block of East Mount Tabor Circle.

The woman ran to a neighbor's house after the attack, and was later taken to Duluth Medical Center for treatment of minor injuries. She was released from the hospital and returned to her home just before noon that same day.

"It was just horrible screaming,” Wisecup said. “I found our neighbor on our kitchen floor. She was naked, just out of the shower. She was screaming that somebody tried to kill her, and ‘Oh my God, oh, my God, he tried to kill me.'
"I ... got a robe on her and got her to sit down, and within a few minutes the police showed up and took care of her," Wisecup said.

Wisecup said her neighbor told her that "she was in the shower, and the bathroom light went off, and she opened the shower curtain and there was a man that held a knife up to her throat."The woman was not charged with killing Puentes.

"She responded to the deadly threat with deadly force," he said.

Posted by Accessmilton Admin at Thursday, May 19, 2011

Our city Government leaders have made a clear statement over the past 3 to 4 years.....WE DON'T WANT CRIME ENFORCEMENT AND WE DON'T RECOGNIZE A NEED FOR PUBLIC SAFETY.......so stop beating your drum!!!!! Sincerely THE THREE BLIND MICE