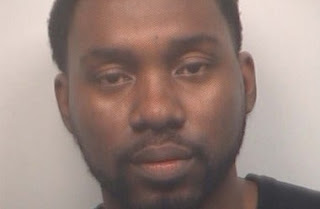 On May 13, 29-year-old Dwight H. Windom of Westlaw, Mich., was indicted by a grand jury after Brad Malkin, head of the Fulton County District Attorney's Office White Collar Crime Unit, and City of Milton police detective Stephen Hewitt presented evidence against him stretching back to 2008.

According to police, Windom stole checks from his cousin, DaShawn Snow, and her husband at the time, Eric Snow, made them out to himself and cashed them.

DeShawn Snow notified police in February 2010 of the missing money after it was discovered by the couple's book keeper. According to Fulton County Jail records, Windom was arrested March 11, 2010 and charged with two counts of first degree forgery. He left jail two days later on a $10,000 bond.

Windom will be extradited from Michigan, where he lives, for the trial.
Posted by Accessmilton Admin at Tuesday, May 17, 2011