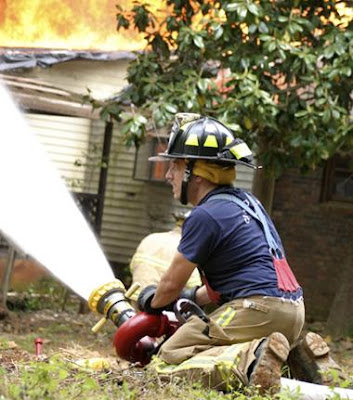 Sediment could be loosened with semi-annual check.

MILTON, GA., March 31, 2010 - Milton Fire Chief Robert Edgar would like to alert residents the department's semi-annual fire hydrant maintenance may cause sediment to appear in their water.

Edgar said the city-wide maintenance effort will last into mid-April. During testing, firefighters flow the water in the hydrants until it runs clean.

Depending on hydrant placement in the water main system, this may inadvertently cause sediment to be loosened in the lines. Edgar said crews try to push the water out systematically so no households are affected. However, sometimes - in a cul-de-sac, for instance - it is not possible.

As a result residents may see temporary discoloration in water coming from their faucets, showers, washing machines or dishwashers, said Edgar. If this happens, please call the City of Milton at 678-242-2570.

"We'll be happy to come out and flush the line," said Edgar.

The City of Milton Fire Department would like to stress that the sediment is not an issue with the Fulton County Water & Sewer Division. It is merely a natural occurrence in the lines.