With the election this Tuesday, it is time to look back on Milton's 2011 election season and see what stood out.

The Milton Peoples Forum hosted by The Milton Herald and Accessmilton.com recieved high marks from both sides of the aisle. Many were even more impressed with the involvement
of some of Milton's youth; most notably teens Zack Eller and Ret Thomas. Both of these young men handled the tasks with ease and maturity.

When it came to options this year, we had some difficult choices to make. In the long run however, both Zack and Ret stood out above the norm. 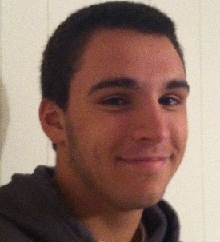 Zack Eller was an easy choice when you consider his activism and focus. Recently having turned 17, he has not only created his own company "Woof 'Em Down Dog Biscuits", but also took control of this past spring's "Milton Market" and grew participation by 50%.

After the curtain closed that evening, he had this to share,“Taking an active role in the Peoples Forum was a great experience. I have always believed having youth involvement builds strong communities. Studies have shown that about 37% of people never leave their hometowns, so it's important that the youth get involved in their communities and become informed about issues that will impact them as adults.” 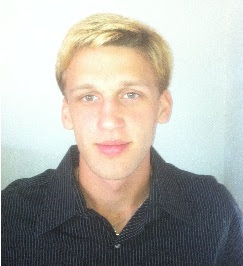 Ret Thomas was outstanding as well. This first time voter has a work ethic that many of the older generation could take a lesson from. At one time, he would wake up in the early hours of the morning and work at a local stable before going to school and then work later that same day. He has also been a leader in his class and involved in various clubs including the MHS Bravehearts.

"I was honored to be apart of the Milton Peoples Forum this year. Although I didn't grow up in this area, I truly feel like it's my home and where I was always meant to be," commented Ret,"The debate was an great opportunity to learn about local issues and how our political process works in Milton. I've enjoyed public speaking but have never had the chance to speak before so many. Thanks to the Milton Herald and Access Milton for seeing the potential of the young people in our community and for letting us be apart of the such an important event. I feel lucky to have had this opportunity"

One could easily see both of these young men as leaders in the future; be it professionally or maybe even a Milton City Council Member...

"Our youth are our future. It is refreshing to see youth who understand how fortunate we are to live in a country where we have the privilege to elect the decision makers in our local, state and federal governments," Council Member Karen Thurman shared,"I appreciate their willingness to be involved and to give their time and energy to this election process which many people take for granted."

Council Member Joe Longoria agreed, "I was very excited to see the People's Forum include both Zach Eller and Ret Thomas as part of the panel. This was an important aspect of the Forum and reminds us that Milton is comprised of many citizens, of all ages. I can tell you that this twist to the People's Forum was a welcome addition - something that I hope continues in future installments of this event."

Other teens volunteered as Forum Ushers. They were Thomas Eller, Charlotte Park,Madi Mills,Brawley Thomas, and Rachel Jacobs. The colors were presented by GA Boy Scout Troop
3000.

Our focus for 2011 and going forward is to include a specific demographic to carry the coveted responsibilities of Time Manager and Second Moderator. Rest assured 2013 will
include two more individuals that will represent their segement well.