ALPHARETTA, GA (CBS ATLANTA) - Fulton County School System superintendent Dr. Robert Avossa said he is "concerned" about allegations of a cover-up of abuse within the district.

He spoke with CBS Atlanta on Friday morning, a day after Fulton County District Attorney Paul Howard confirmed that a criminal investigation has been launched into student abuse at Hopewell Middle School in Milton.

According to a district investigative report from 2007, school system employees knew but didn't stop former teacher Melanie Pickens from abusing students from 2002 to 2007. Avossa said he will make changes. 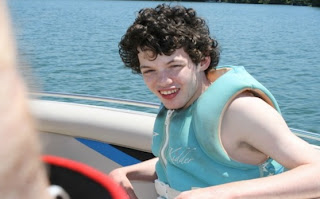 "We will work with staff on that, and if there are instances where folks didn't act appropriately we will hold them accountable," said Avossa.

Avossa, who was not the superintendent when the abuse occurred, said it is now policy for parents to be notified when children are abused inside the school by another student or staff member.

The announcement of a criminal investigation comes as CBS Atlanta News continued to ask Tough Questions about the abuse allegedly covered up by the Fulton County School System.

In a statement, Howard said, "Let me first begin by applauding CBS Atlanta's continued reporting of this matter. There is nothing more important to my office than the protection of children and holding accountable those responsible for bringing harm to our most innocent victims."
Howard continued to say Fulton County Schools and Roswell Police Departments are jointly investigating allegations of abuse by former special education teacher Melanie Pickens dating back to 2006.

Lisa Williams, the mother of a special needs child reportedly abused, got emotional when told of the criminal investigation.

"That's what I wanted," said Williams to reporter Jeff Chirico, when he broke the news to her.

Williams said she believes Pickens, and others within the district who knew but didn't stop the abuse, should be prosecuted.

Alex Williams, now 18, was reportedly shoved, cursed at and isolated by Pickens at Hopewell Middle School in Milton during the 2006-07 school year.

Lisa Williams, who said she learned of the abuse from another student's mother in 2010, testified that the district never told her about the abuse. Williams also said the district blocked out her son's name in a copy of the 2007 investigative report she requested. The district also withheld other records, she said.

"I was totally unprepared for the corruption. I feel they covered it up in an intentional attempt to prevent me from finding any of this out," said Williams, during a due process hearing in administrative court Wednesday.

An investigation was commissioned by the Fulton County Board of Education in 2007 to explore possible abuse of a student, Jake Marshall. The 29-page investigative report concluded that former special education teacher Melanie Pickens apparently mistreated six students.

The Fulton County School System has come under fire for failing to tell parents that their children were named as abuse victims in the report which called Pickens' actions "possibly criminal."

On Tuesday, Fulton County School Board President Linda Schultz testified she did not know more than one student was abused by a special education teacher, because she didn't read the investigative report.

Schultz testified that she did not know other children were abused, until she saw news coverage about it in 2011.

Williams' attorney, Chris Vance, said the school system should have notified police of the abuse. However, district officials did not notify police until 2009 when it forwarded information to its own police department. Fulton County school police captain Felipe Usury testified Tuesday he was instructed by his superior to close the case without forwarding the information to the district attorney's office to determine if laws were broken.

Educators testified Monday about student abuse they allegedly witnessed at the hands of Pickens.

According to testimony Monday, Williams was shoved often by Pickens during the 2006-07 school year. Williams, who was 14 at the time, does not communicate verbally, and has trouble walking.

Several educators said they reported abuse to then principal Frances M. Boyd who ignored it.

The Fulton County School System investigated the abuse of student Jake Marshall in 2007 after a teacher contacted the Division of Family and Children Services. Marshall, now 19, is nonverbal and has trouble walking.


While being restrained May 21, 2007, Jake defecated and smeared feces on his body and the chair in an attempt to clean himself, Marshall's mother, Judy, said.

The incident led the Fulton County Board of Education to launch the investigation.


Pickens resigned from Fulton County Schools on July 25, 2007, five days after the school system completed the investigative report that confirmed allegations of abuse.

The report indicated the abuse occurred between 2004 and 2007. More than 10 teachers and school staffers gave statements to investigators, indicating they witnessed Pickens "hitting Jake on the back of the head." Statements also revealed Pickens kicked, cursed, pushed and regularly restrained Jake in a seclusion room for long periods of time.

"The investigation determined that the May 21, 2007, incident was the most recent occurrence in an extensive pattern of inappropriate and possibly criminal conduct Pickens subjected upon her special education students," the report read.

"I never anticipated that school would damage him," Alex's mother, Lisa Williams, said.

"He refuses to say the word 'happy,' and that was one of his first words," said Williams.

Attorney Vance said school officials should have reported the abuse to police long before 2009.

"It is a crime not to report abuse of disabled students," Vance said.

Police have not charged anyone with a crime.

Vance said she believes the abuse and cover-up is symptomatic of a culture of abuse.

"It was tolerated, accepted and condoned. It is a complete lack of concern for children with special needs," Vance said.

Stay with CBS Atlanta for updates on this story.

This is unbelievable. What is wrong with the Fulton county school system that this was allowed to happen and be covered up? Insane!

What amkes it even worse is that there are zero comments on this post and 15 on posts about an election that is OVER!

This is unacceptable. I hope they get to the bottom of this soon.

Penn State
Same difference
Shameful
Lack of comments bcuz we all feel the same on this one
Disgusted.

Why was the principal who ignored all this at Hopewell placed as the interim principal at Northwestern? Why does he get this reward? Get him out!

Dont you know the good ole boy and good ole girl system is rampant among teachers and administrators in the Fulton County School System.

5:54 The female principal who ignored this was fired along with the teacher. Teaching certification was also taken from them. The male to whom you refer replaced the guilty party and was the administrator responsible for this shameful situation.

Oops - my mistake male was NOT responsible

I heard that principle Boyd was working in another district. I'll see if I can find anything else out.

Paula Merritt who was the IST at the time is currently an asst principle in Cherokee County middle school.

HUGE BRAVO to Lisa Williams!! You fought tirelessly to be heard, you gave Alex and the other kids the voice that this predator and her accomplices didn't count on!! I will continue to pray for real justice for you and your family.

That is so terrible! I can't believe that this was allowed to happen! I mean that is just... GOD ITS TERRIBLE!
:'(