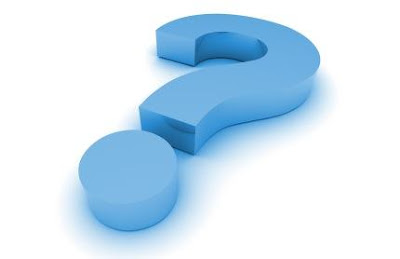 We have received comments below as well as emails regarding the recent poll results. The data collected was in response to the question:

Milton hired a parks director for $85,000 / yr. Starting salary for a police officer is $39,500 /yr. For $85k, would you still have hired the parks director or two additional officers instead?

Both the comments and emails questioned why anyone would choose to vote for a parks director over more police officers for the city. If you did vote for the parks director, some of our readers would like to understand why.

Please share your logic in the comments section below.
Posted by Accessmilton Admin at Monday, February 22, 2010

Silence is the loudest comment made... I guess one can translate that any way you want. I wish there was a list of those who voted for the Parks person, that way when they call 911 we can send them a seedling for emergency use only!!!

People don't put their names here because they know they will be attacked personally. It seems that many people that participate in this blog are unwilling to have a reasonable conversation without reverting to name calling. ie the anonymous comments.

Based on the results, my gut tells me that people like the idea of a park director; but I doubt they think that the police are not valuable. It is more likely that they see the need for additional parks services not more police based on their own personal experiences.

It is a chicken or egg thing. Do you hire park staff or a manager first? I would think you need someone knowledge about parks before you can tell staff what to do. Yes you can argue that point, but that is my opinion.

Re salaries, you pay what the market will bear; That is what a capitalistic society is all about. If our police force did not think that the pay was fair, they would not have accepted the role. We may all think that they need more money; and I am sure they would accept it. But how do we pay for it? If we are trying to have a well rounded city, we will need park staff, and others positions as well. So how will we pay for their increased salaries? Raise taxes? I doubt that will go over well. Cut staff? Hmm, that would not give us the full community environment that we all seek.

But our city if not just about police. It is about a community. Police are an integral part to that, just not the only part.

No matter what you think, there are no easy answers and most likely a lot of hard decisions for our city council and the city staff

And the above has been a paid announcement..... at least the silence is broken. And, there was no name calling in the first comment - people translate through their own perspective visions.

Would someone please identify the sites for future parks.

Funny, last month I had the courage to post my name, made a Positive comment, and still someone felt obliged to take the low road following my comment. Although I'd like to post my name, why should I? Doesn't make any difference. So my suggestion is no one should either as long as the bullies comments aren't discouraged. But, you go right ahead....

Police are needed and at most some of them are under paid. The city knows were the funding is at for hiring the parks director at this time. Is she married? If so who is her husband? Is there a conflict? Even police staff are not always right but you spend time in court fighting for your rights. I am sure our city manager has the inside scoop but will he tell it? Look at several that were hired and see who they are married to. Bet you will see it does not look good.

This is still Fulton, the kingdom of political connections. Where is this one? With whom?

Folks, we have a good discussion going on in here. Nice to see.

Please understand that I posted the "Why?" post due to a request from one of you. Thus, address me on your points might be somewhat misdirected.