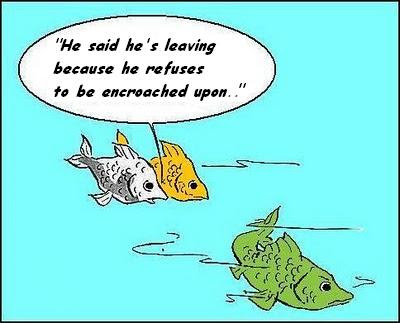 Council Member Alan Tart's appointment; John McRae; voted
against approving this encroachment. Many thanks to
Council Member Tart for sharing this information with us.

A decision made Tuesday night by the Milton Board Of Zoning Appeals (BZA) has had many scratching their heads with some being outright livid.

This council appointed body approved a zoning variance by the Fulton County Board Of Education allowing them to encroach into a stream buffer. The vote was 5 to 2. The location of the encroachment is at the BOE property off of Cogburn and Bethany Bend where another high school is planned.

Unlike other Milton appointed boards, the BZA is not required to submit a decision to the city council for final approval.

We have contacted the Milton City Council & the BZA board members in the hopes of getting answers to share with our readers regarding this controversial decision.
The BZA members are:

I believe Todd Chernick also voted against the zoning.

That it was approved is an absolute disgrace!

Keep in mind this is a new school for our children and it is a stinking drainage ditch, so get a clue above poster.

If it were closer to White Columns it would be considered a creek.

It is not a drainage ditch. It is a small creek. So quick individuals are willing to forget the recent drought we had just over a year and a half ago.

It is pathetic that once again, the infamous FCBOE breaks the rules to get their way. First, they kick people out of their homes because they can't plan ahead. Now, they encroach into a stream buffer because the parcel they purchased doesn't fit their plans (Again!)

By the way, did you know that the school they plan on building would fit on the old Milton High site? Even though the Bethany parcel is 60 acres, they are using right above 40 due to issues with the land. The old Milton high site sits on roughly the same.

We are receiving zero tax dollars from this school. They don't even pay for road improvements.

It should also be noted that now, all those looking to encroach into a stream buffer will use this poor decision as reason to follow suit.
Thanks to Katie Reeves and the FCBOE socalism is alive and well.

3:50 Poster, As they say, "you must be new around here." It's a stream that feeds into Cooper Sandy. The site is too small for a high school; try fitting in athletic needs, parking, etc. Reeves and company know that. But all she does is blow smoke and Supt. nods her head like a dashboard puppy.

The former site wasn't such a bad choice compared to the problems with the Bethany site.

To the 3.50 p.m. poster there are a lot of people who live near the new school site who will be negatively impacted by it...and we all have a very big INFORMED CLUE about the years of contentious history associated with this site and the subsequent sale of the property by David Chatham to the School Board (which netted him approximately a a cool $8 million profit).

A lot of us have children too - but that does not detract from the fact that this parcel is completely inappropriate for the school and a local community already burdened with limited funds and traffic issues from North Park and 4 schools on a 1.2 mile stretch of Road.

I support the construction of the new high school (Milton needs it) but this site is just not big enough as is.

The lack of parking and the "tightness" of the site will worsen the congestion at this intersection and increase the run-off into our streams. This is definitely an area where the stream buffers are needed and should not have been sacrificed. It's a different issue than it was on Freemanville (car v. septic run-off) but it's the same watershed.

The BOE picks land out here without any thought other then, how many acress is and can we squeeze a school on it. They have no regard for the environment, traffic, noise, or how it will affect the residents directly next to the schools, they just don't care. The agenda is build schools, period. Our children come first you know, they just don't give a crap about the people who pay the tax money that provides the schools, we have NO say so. They placate us with meetings acting as if they will listen and actually do the things we ask for, and then they say, oh well, we decided to just build the Johns Creek HS on this site, too bad. Time for the tax payers to demand a voice and decision in the school building process or to boycott any further splost.

Wouldn't a larger site allow for greater impervious area and then creates more runoff and environmental issues? Maybe the encroachment i s better than a larger site?

Above poster, You don't have a clue. When the school is squeezed on the lot right next to that sidewalk you will never be able to expand that stretch of road. Not to mention a car could run off the road and hit the building. A larger site is a must if you have a clue in life!!

Yes, I guess you are right, I don't have a clue. I didnt even think about the car running into the school. What an idiot I am.

Or it could be a drunk driver that runs into the school?

Why are people so nasty to each other on blogs? You would never be this rude to someone face-to-face...