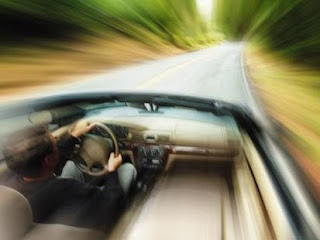 NOTE: While not taking place within Milton, we thought the following article might still be of interest. Severe speeding continues to be daily problem within the city's open road neighborhoods due to the lack of proper coverage, financial support, and man power.
By Ty Tagami
The Atlanta Journal-Constitution
Two men who died Saturday night in a single-car crash in Cherokee County were identified Sunday morning.
The Cherokee County Sheriff's Office said Roger Vance, 42, of Canton, and Steve Dupuy, 42, of Middleburg, Fla., died when their Chrysler 300 sedan left the road and hit a tree.
Investigators are still trying to determine who was driving the car, said Lt. Jay Baker of the Cherokee Sheriff's Office. The vehicle is registered in Vance's name, Baker said.
The crash occurred around 10 p.m., near the intersection of Union Hill and A.J. Land roads, Baker said.
"It appears that speed played a factor in the accident," Baker said. Neither man was wearing a seatbelt.
Investigators are trying to determine the cause. Channel 2 Action News reported that beer cans were among the debris at the crash scene, but there was no official word on whether alcohol was involved.
Posted by Accessmilton Admin at Sunday, November 28, 2010

I drive up and down Freemanville and Birmingham everyday. I'm tailgated if I don't drive at least 10 miles per hour over the speed limit. Most of the tailgaters are heading into or out of the Milton High School area and they are not just the students!

If you obey the School Zone speed limit on Freemanville, you'll get pushed to the next county. So we can't just blame Cherokee and Forsyth County residents.

Well thank your local police for those drivers. If you live in milton and or a student at mhs then you are allowed to do what ever you want.

I fully agree, Anonymous. Milton residents appear to be allowed the freedom to speed and cut through neighborhoods. I guess that comes with a private police force that knows who feeds them.