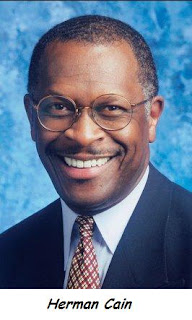 Guest Column; Courtesy of Herman Cain
November 28, 2010
Here we go with the liberal rhetoric again. You’ve seen the Democrats whine that keeping the “Bush tax cuts” would stuff the pockets of the richest Americans, while doing nothing to help the middle class. But that simply isn’t the truth.
Here’s the truth:
Congress is not voting on tax cuts, but rather, whether or not they should allow tax increases to take effect January 1, 2011.
The Democrats have tried to convince the American people that the Republicans want to pass “tax cuts for the rich.” But, in reality, conservatives want to provide a bit of economic certainty by maintaining the current tax rates for all. In fact, Speaker-elect John Boehner (R-Ohio) says that keeping these tax rates is the most sensible way to “reduce the uncertainty in America and help small businesses begin to create jobs again.”
This may come as a shocker to liberals: He’s exactly right.
If the Democrats block the attempts of Republicans to permanently extend the current tax rates, taxes will rise for the first time in 14 years! And this will certainly stall economic recovery, as the Heritage Foundation projects that letting these rates expire would cost an average of 799,000 jobs annually from 2013-2019. If the Democrats continually promise that their number one focus is job creation, why are they insisting upon blocking legislation that would do exactly that?
The Democrats in Congress resist the facts and the truth. Senate Majority Leader Harry Reid (D-Nevada) wants to introduce two different pieces of legislation – one that would include maintaining the current tax rates for the middle class and another for the highest-income filers, many of whom include small business owners. He and his liberal colleagues are insistent upon making this class warfare legislation instead of economic growth legislation.
Most people can see through this. We see that letting the current tax rates expire would simply cause taxes to skyrocket for everybody, especially the small businesses responsible for most of the new jobs created. And that’s no stimulus!
The rhetoric of liberals isn’t working. They figure that if they keep saying it, enough of it will stick with enough people who will believe it. But guess what! Most of us aren’t that stupid!
Just like we understood that when President Obama and liberals in Congress said health care “reform,” they really meant a takeover of the American health care system. And we also knew that “cap and trade” were code words for “energy taxes.” And we also realized that bailouts and the stimulus agendas were simply an unacceptable expansion of government. The Democrats must face the facts: We will not be fooled!
We understand that raising taxes in a deep recession would only further complicate our economic woes and worsen conditions for the American families struggling to make ends meet. We recognize that policy, not politics, will help steer this country on the right path.
We know that ignoring the facts doesn’t make the facts go away. Most Americans realize that the surest form of economic stimulus is for the federal government to get out of the way. Raising taxes gets in everybody’s way, especially businesses. Tax facts don’t lie. And most Americans know the truth.
Posted by Accessmilton Admin at Monday, November 29, 2010

It's the empty barrel that makes the most noise. Now isn't that right post 2:11PM?