Milton has best quality of life in state, 9th in South. 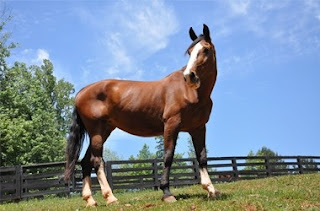 "On Numbers" ranking due to economics, housing and education

MILTON, Ga., Dec. 14, 2011 - The City of Milton has the highest quality of life in the state and the ninth-best in the southern United States, according to a recent "On Numbers" study.

The study, conducted by Business Journals, the Charlotte, N.C.-based publisher of the Atlanta Business Chronicle, is based on the U.S. Census Bureau's 2009 American Community Survey.

"This study affirms the belief many of us have had here in Milton since we incorporated, namely that we have the best quality of life in the state," said Mayor Joe Lockwood. "Now it's substantiated with some pretty powerful numbers, and is not just community pride."

According to the survey, in 2009 Milton had a median household income of $117,608 -- more than double the national median of roughly $50,000. It also had a tremendously low poverty rate for families of only 2.82 percent, far below the national average of 11.1 percent. Of Milton's 2009 estimated population (the first official Census wasn't until 2010), nearly 58 percent held management and professional jobs.

According to the study, more than 96 percent of Milton residents over 25 have a high school diploma, and nearly 66 percent have a bachelor's degree. More than 20 percent have advanced degrees.

For more information on this study, and to see where other cities in Georgia ranked, click here=>
http://www.bizjournals.com/atlanta/news/2011/12/07/milton-ninth-best-for-quality-of-life.html
Posted by Accessmilton Admin at Wednesday, December 14, 2011

Most likely a once in a lifetime achievement now that we have nothing but land hungry wolves sitting on the council. Say goodbye to Milton as it has been recognized and you know it.

why is there a horse in the article but no reference of equestrians in the written word?

Pretty pic of the horse agreed, and no mention of expansive properties in the entire article. Hypocrites.
Who wrote that, Jason Wright?
Are ya'll blind or do you not even notice the frikkin pastures around here? You want to put the horse up there like a trophy but at the end of the day care less about what makes Milton look and feel different to all the other suburbs around here. Morons.

The only thing that makes Milton outstanding is the beautiful horse farms. The homes come second. After all, Atlanta is know as the city of beautiful homes.
When is council going to stand strong in protecting the equestrian properties?

Wow, Milton gets some recognition and all we seem to be able to talk about is a horse? Really?

They (City Council) cater to the subdivisions and water the horse when needed.

It is all about votes and density.

Why does it always take for the shit to hit the fan for people to wake up and vote them all out. Two of the original cronies are running amuck in this town, act and think as if they own it. Have put their new puppets now on council. Sad that the newbies don't have enough cohonees to stand up and do the right thing.

Hey did Chatham give money to the two new elects campaigns? Just wondering since the vote on the back door historical zoning so he can get his corner zoned how he wants it has anything to do with postponing the entire thing until after Julie and Alan have departed. Slick!

Council, ya'll are transparent as glass.

Maybe there's no mention of equestrians because that wasn't one of the specific criteria used in the study, geniuses. You'd think with a population this educated you'd have basic reading comprehension skills.

I truley enjoyed the article. I mean I really really did. But I am curious why they didn't include such an image as our beautiful honmes or our educated citizens instead of a horse. I dont personally know anyone that owns a horse and they didnt even talk about horses in the article.