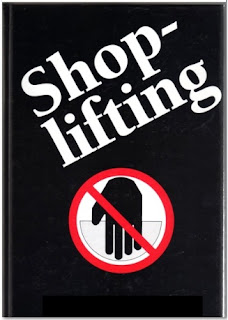 On December 12, 2011, I was dispatched to the Target retail center at 13055 Highway 9in reference to subject shoplifting. Dispatch advised that a light skinned male with red hair, wearing a black jacket and khaki pants was opening up merchandise with a knife and concealing it on his person. When I arrived on the scene, I located a subject matching the description given rapidly walking away from the store and toward a blue Honda Civic in the parking lot. I made contact with the subject and detained him for further investigation.

I made contact with Loss Prevention Officer Anthony King. L.P.O. King informed me he watched a white male, later identified as Erik Proano, select a pair of headphones from a locked peg in the electronics department. The subject cut the wire connecting the headphones to the peg with a knife and concealed the headphones on his person. L.P.O. King said he watched Proano walk past the sensors at the exit without paying for the item he had concealed on his person. L.P.O. King informed me that he recognized the subject from an earlier incident of shoplifting that occured on 12/03/2011 around 13:00. I was able to review the surveillance footage from both incidents and was able to positively identify the subject I had detained as the subject involved in both of the thefts. I was advised by L.P.O. King that Proano had stolen an external hard drive on the incident that occured on 12/03/2011.

I advised Proano he was under arrest for shoplifting. I searched his person incident to arrest and located the reported stolen headphones along with a digital compass that was later determined to be stolen as well. E. Proano admitted to the thefts without being questioned and offered to pay for the merchandise after he was in custody.

L.P.O. King provided me a receipt of the stolen items and their values.

King provided me with a DVD copy of the incident. He completed and signed a retail theft affidavit. He requested that I issue Proano a criminal trespass warning.

I handcuffed Proano behind his back. The handcuffs were checked for fit and double locked. I transported Proano to the Alpharetta Jail without incident. When we arrived at the jail, I turned over custody to the jail staff without incident. The rear of my patrol car was searched for contraband prior to and after transport and nothing was located.

I obtained an Electronic Warrant for theft by shoplifting, warrant number EW-054142. I submitted the DVD of the surviellance footage, LP King's retail theft affidavit, and the receipt of the stolen merchandise into evidence.

A copy of this report has been faxed to the Complaint room for review.
Posted by Accessmilton Admin at Tuesday, December 13, 2011

I hate a thief. Good job to the officers and the LPO at Target.