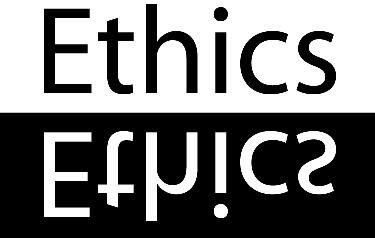 By Ralph Ellis
The Atlanta Journal-Constitution

Mayor Joe Lockwood said the city needs to remove politics from the process.

Milton now uses a board made up of residents appointed by the City Council to hear complaints. The city attorney on Monday suggested hiring one to three attorneys from outside Milton to handle the complaints and pass judgment.

Lockwood said it became clear the process needed changing after the March hearing for former Councilwoman Tina D’Aversa, which turned into a who's who of city politics.

Before being voted off the council in November, D'Aversa was accused of using city e-mail to try to bribe her campaign opponent into dropping out of the race. Neal O’Brien, a former council member, filed the complaint two weeks before the election. He was represented by a former city attorney, Mark Scott, and the chairman of the ethics board was Clint Johnson, a former council candidate. Joe Longoria, who didn’t drop out of the race and beat D’Aversa, testified along with Lockwood.

The board took 5 1/2 hours to find that D’Aversa had improperly used government e-mails and engaged in conduct unbecoming a council member. When the case was forwarded for punishment, the council chose to do nothing. D'Aversa could not be reached for comment Monday but said after the hearing that she felt the complaint was political payback for backing the candidate who beat O'Brien in 2007.

Lockwood said all five complaints handled by the ethics board have been political, either because the targets were elected officials or “somebody was trying to get somebody else.”

The ethics board decided only the complaint against D’Aversa deserved a full hearing. The other four were dismissed for lack of merit.

Johnson, who has been an ethics board member since its creation, said the board acts "as a filter" and has sensitivity to local needs.

"You put three lawyers in there, you don't know what they'll say," Johnson said.

Lockwood said he never felt it was fair to ask residents to judge elected officials. He also thought a new system might cut down on frivolous complaints.

"With this type of system it would make people that want to file an ethics complaint have their information and be pretty confident in their case before they file it," he said.

Ken Jarrard, the city’s attorney, said he will prepare a recommendation for the council to consider at a future meeting.
Posted by Accessmilton Admin at Tuesday, April 20, 2010

Of course the entire council would be behind this idea, that way, all them sitting there currently would never have to experience what D'Aversa did. Change the law now, quick before elections roll around! Hypocrites!

How about picking a jury, like they do in real life!! The City Attorney's would interview citizens by putting a random letter out to residents for jury duty for ethic complaints. That way council members can't taint the Board or pressure their appointments to push the case in a certain direction based on their personal desires.

How come they didn't take this stance before this case was heard? How convenient to take this position afterthefact.

Hey 7:02, maybe the council can't taint the board, but the Mayor could...they are in each others hip pockets, I hear.

Meanwhile, who will be the next yuppie or child killed after hitting a neglected stretch of pavement on Milton's open roads at a high rate of speed?

I do not support our Ethics Board.

Johnson, who has been an ethics board member since its creation, said the board acts "as a filter" and has sensitivity to local needs.

So now we rely on feelings and filters? What happened to sticking to the definition of being ethical?


D'Aversa used the city email innappropriatly but the political intent and timing of the charge filed against her was equally as innappropriate. Neither side was ethical. Ruling as an "Ethics Board" the charges have been dropped.

This is a lose lose situation.

D'Aversa lost her council seat and credibilty through this election. Our Ethics Board lost sight of what being ethical is about. Miltons residents have lost tax $$ to political warfare.


I am sick of seeing our tax $$$ go to support or defend such issues. Now we are paying the city attorney for a "recommendation" We keep on losing $$$

excuse my typo in the above post. "inappropriately"
I have also left out the word should - in the charges should have been dropped.

This city waste more money that I ever thought possible.

Meanwhile, our families continue to be put at risk every single day due to our not having enough officers on duty.

Keep it up, council, and before long you too will lose a loved one due to lack of police coverage.

The Board back in January should have let this case pass, they all knew O'Briens complaint was politically driven. If they didn't they were the ONLY ones in the entire city that didn't have a freakkin clue about it.

O'Brien get's a kick out of feeling important by pulling horse crap ethics charges, spending taxpayer money to do so, to feed his ego. If the Ethics Board had some big marbles, they wouldn't allow people like O'Brien to use them as a political weapon.

As I have said many times on this board, Tina was guilty, stupid, naive and easily over her head, but certainly not worthy of a full ethics charge and the entire public flogging that took place. These minor ethic issues have done nothing but destroy the credibility of the Ethics Committee and ultimately take the teeth out of any serious ethics case that may arise in the future.

Are we so dysfunctional as a City that we cannot find seven professional, reasonable and fairly neutral citizens on an Ethics Commission? Obviously, many think not since the City is searching for an outside solution.

I applaud Joe for tackling this issue and attacking the over use of ethics complaints in our City's short history. Joe, I believe you can find seven good, worthy citizens to serve on this Commission without prejudice, who could restore this function for serious offenses and remove it as a tool for completed vendettas.

I think the comment referred to the roads in disrepair due to inaction at city hall.

As for the: "The Board back in January should have let this case pass, they all knew O'Briens complaint was politically driven",
If they all knew that, I am sure Todd & co. would have happily dismissed the filing.

Obviously, the opposite is true.

I am reminded of OJ saying he was framed, or crooks claiming some bias or racism when apprehended, etc.

I think the only people in the city who buy the politics angle are Tina cronies or have an axe to grind over some unresolved grievance.

She got caught redhanded, got off easy thanks to board sympathy and wasn't even punished. The only thing political was she was a politician and the media got her email.

Can we now fix the roads and the budget?

You can't find board members if the City Council is picking their friends just incase they are brought up on ethics charges. What are they nervous now? of someone making charges against them, and having to be dragged through the mud like the last person? Those that have sat on the Board in the past, who didn't leave after deciding to hear this past case, should leave. How come half the Board voted hear this case, then they quit? Too hot in the kitchen for them? Why did they leave?? The board members before knew the complaint was political and let it go this far. Anyone who was there prior to the end of the year needs the boot! Joe will have to find someone in Julie's District since she let too much time pass and didn't appoint anyone. What's her problem, couldn't find one person to ask to sit on this Board? What's the deal??

Did anyone stay long enough too hear Kirsten White's comments at the end of the hearing, around the stroke of midnight, when Cinderella fled the building? Kirstin said it was political, said they all knew it was political, that O'brien used the Board as a weapon, and the timing of his complaint, etc. etc. Ole Johnson didn't like her saying that!!! His eyes about popped out of his head. If he'd a had duct tape he would have put it over her mouth. I guess she felt emboldend at the last second to clear her conscience.

The Ethics Board was not designed to work in any city as a "filter". Even cigarette filters let a lot of the poison through into your body, and that is by the design of the cigarette companies, hello! The Board is not a filter, what a crazy statement from the Chair no less. He is a selective filter, and a bad one at that.

Once again we will be the laughter of our surrounding cities if we have to do something "special" with our Ethics board to keep people from usuing it during election season politically. How much more embarassing crap can one city take!! What is the reason we can't run our ethics board like the other cities, are their council members just that much more ethical and moral, that they don't file charges or get their friends to file charges everytime something doesn't go their way? Must be great to have friends like that Karen.

Utter fabrication. If anything, she may have felt guilt, (as an attorney no less), for being unable to call a spade a spade.
She merely made a passing comment to the effect that the timing was problematic, nothing at all like you claim.
She also said of punishment, since Tina lost the election, she had "suffered enough".
When those uncharacteristically juvenile, emotionally grounded thoughts squirted out, she negated several hours of reasonable, professional comment during the most important discussion.

Since not an iota of fact points to a connection to the election or anything else political, an honest person would conclude they were the product of a woman's weary mind at a moment of weakness...not as so grossly embellished and likely, intentionally, misstated by the poster at 2:51.

To the one before, the exodus was likely due to misconduct or problems with backroom deals on Tina's behalf...not the other way around.

Get yer facts straight or try to tell the truth. Tim's advertisers will start to bail if the BS gets much worse on here. That wouldn't be very fair.

A few days before the election to create city of Milton, I asked a lady her thoughts on a new city, her reply was:

"It will be like one big home owners association and no one will agree on anything".