You Are Invited To Meet Matt Kunz. 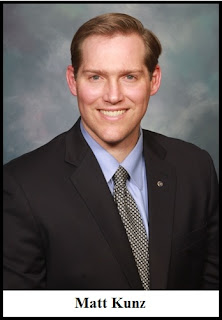 Sign up sheets available to volunteer for the campaign and of course
contributions needed and deeply appreciated.

GET TO KNOW THE CANDIDATE MATT KUNZ

Milton has come a long way since becoming a city. Now all of us who are invested in Milton stand at a crossroads and we have a clear choice. What’s at stake is our very future as a rural and equestrian community. We need a new way of doing business to tackle the opportunities and challenges of the future. This election represents a moment of opportunity for our community.

With a personal love of the outdoors, Matt knows that Milton’s greatest asset is its unique rural lifestyle. Protecting that special lifestyle will be his top priority as a member of the Milton City Council.

As a financial advisor with a solid background in economics and business, Matt knows that Milton must increase its revenues and that the only way Milton can increase revenue without raising taxes on its citizens is to attract more business to existing commercial areas, which are suffering high vacancy rates. Milton must become a friend to business.
With a long record of local community involvement, Matt has had a positive impact on our community. You will be impressed with what he has accomplished.

People just naturally like Matt, and you will too. With a positive, can-do attitude, Matt is ready to serve all the citizens of Milton. We need your support now.
Please meet Matt this Thursday, and bring a friend, or two, or three. Let’s change the way Milton does business.
Posted by Accessmilton Admin at Tuesday, August 30, 2011

No offense to this new guy but I hope you know what you just stepped off into. Your heart better be in to it for all the right reasons and not on behalf of others selfish interests in this town.

This town is sick of the political games that have been played out in the past and won't put up with it no more.

Yea agreed about stepping in it in this town.
What is his long record of community involvement since 2006, hadn't heard his name until now?

Capitalism is still alive for now! Get it while you can!

Thanks for the vote of confidence, 8:20p, but for now, Enloe will hang on the sidelines.

Best of luck to all those running.

Sidelines are for P's.
Run Tim! The city needs someone like u who doesn't play their games!

I am an open road resident and I resent your comment. We are treated like second class citizens because we don't have hundreds of us living in a large neighborhood. They only care about votes at the time of elevtions. Yet our property taxes individually dwarf those who live on only one acre. Frankly I am sick of the treatment and Enloe is right. I would vote for him over any uninvolved new guy from another subdivision. He has proven he cares about this community.

City hall is corrupt. Like it, than vote the new guys.they have been purposely put out to run for areason by the same people who got longoria to run. They are sitting on council right now. Nice city we got here when other council people hunt out others to run against the two council people who keep their butts in check and from running amuck with development in our town. Smell the coffee Milton!

please list the development that has run amuck or even been stopped? yes have lost some good developments and ended up with crap because of crazy politics a few years ago. Like the stupid empty development at Birmingham crossroads. Nothing has happened in Milton for years except of course for 6 or 7 new tire stores on Hwy 9.

The sewer is a dead issue and the borders for its future are defined. The commercial areas have been defined by the planning done and completed now over the past 4 years. Now we need to encourage quality development in the very few acres of commercial that the city has.

We can't afford to build a ballfield or improve the roads because the city doesn't have enough money. We have roughly twice the land of Alpharetta but only half the population and a tiny fraction of the commercial raes and less tahn a third of the tax revenue. Isn't it obvious that is a problem?

I like the fact that we only have limited commercial and that is why I moved here a dozen years ago.

But without new large taxpayers how is the city going to pay to pave the roads, fix woofully undersized intersections, build a park, provide services for kids and seniors, and give raises to police and firemen, etc?

Even if Milton never allows another home to be built or person to move here we can't stop Forsyth and Cherokee from doubling in size the next ten years and guess how they get to Alpharetta and Atlanta - right through Milton.

Milton needs to lose it's reputation as a city full of nut jobs in government and as a terrible place to try to run a business.

Think I don't know what I am talking about? Than ask a local business person about their experiences with City Hall.

We need the existing council to wake up and start to try to improve the way the city does business and we need to change out those people on council that have no business experience and make things worse everyday when we have the chance.

Council needs to stop spending time and money we don't have planning a city hall, buying every new police and fire gadget known to mankind, and a new "historical Center", etc. etc and build a damn stop light or ballfield.

A few more years of this and we are really going to be in trouble. Everyone will be forced to pay higher taxes or live in a city where everything is in really bad condition - as much of it already is.

Completely concur with 5:29am. No sign of any major growth in the economy, little to negative revenue growth for our "city", devisive politics, and mass apathy from the majority of residents....what does that equal? Rolling in with Alpharetta. Let's get that effort moving now rather than waste 10 more years of this garbage.

Look back at the minutes from the past 10 city hall meetings. Handful of single lot zoning approvals, minor ordinance revisions, resolutions to recognize this or that useless cause, ratifying stuff that the city staff has prepared...blah blah blah. Sounds like a highschool social club. Enough with this little experiment.

I'm interested in learning more about Matt Kunz, couldn't be any worse than what we have now. Have to wonder about the sanity of anyone who wants the job though, unless they are that rare gem that has seen and lived through enough of this bs and is taking one for the team....I'm cautiously optimistic!

The bottom line is.....Anything is better than the current council, city manager, mayor, city department heads, and anyone who has been around since 2006...Wow 2006 (Hey John's Creek and Dunwoody can we trade?)

And YES Enloe would loose because city hall is extremely corrupt!!! They would just pay the chief of police to arrest him for wreckless driving while video taping other out of control drivers.

Matt, are you open to bribes, illegal acts, and unethical decisions? Then you are perfect for us! Oh wait, thats the current city!

WIll YOU FIRE CHRIS? HIS BBQ SUCKS

Hey post 7:36 am, you are out of your mind. Enloe is one person in the city that would never tolerate corruption. As a matter of fact, city hall is afraid of him as he would expose what has been going on from the mayor, city manager and council. Joe and Chris think laws do not apply to them. You'll SEE, you'll see! Open road bs? where do you live?

Hey post 7:36 am, what do you mean "enloe's game"? Tim is not corrupt and the city knows this to be fact. They fear the thoughts of his exposing what is going on behind closed city hall doors. Anyone that truly knows him, knows this is true.