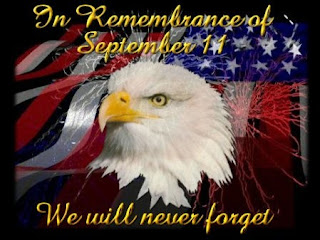 
MILTON, Ga., Aug. 31, 2011 - To commemorate the 10th anniversary of the bravery shown by first responders during the heinous terrorist attacks, the cities of Milton and Alpharetta will hold a "We Remember" ceremony Sunday, Sept. 11 at City of Alpharetta Memorial Park, located in front of Alpharetta Public Safety Headquarters.

Everyone is invited to this event, which will start promptly at 1:30 p.m. The park is located at 2565 Old Milton Parkway in Alpharetta.

This somber ceremony will include music, a large aerial flag display, speeches from elected officials and public safety personnel and the placement of a large memorial wreath by a joint honor guard comprised of police officers and firefighters from the cities of Alpharetta and Milton. The ceremony will end with "Amazing Grace," "Taps" and the release of doves courtesy Georgia Doves.

"We invite our residents to attend this ceremony and come together as a community to remember the bravery of our first responders on that infamous day," said Mayor Joe Lockwood. "Our hope is to simply do our part in remembering the lives of all those lost in the attacks."