2011 Milton Council Election To Be Non-Event? 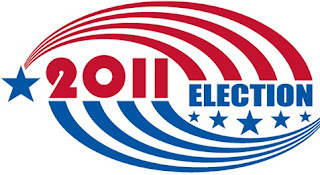 
With only one challenger having made himself known, could the 2011 Milton Georgia City Council election be a non-event?

Currently, only District 6 Candidate Alan Tart will have an opponent; that being Lance Large.

Neither Districts 2 or 4 have had anyone step forward as of today.

Regardless, we shall all soon see with the quailifying date ending this upcoming Friday, September 2nd.

If you or someone you know is interested, please preview the following information regarding registration and dates=>

Legal notice: Notice is hereby given for a municipal election on Tuesday November 8, 2011, to elect three (3) Council Members (Districts 2, 4, 6) of the City Council. The Districts for this election are currently occupied by City Council Members Julie Zahner Bailey (District 2), Burt Hewitt (District 4), and Alan Tart (District 6). The qualifying period for candidates opens Monday, August 29, 2011 at 8:30 a.m. and closes Friday, September 2, 2011 at 4:30 p.m. Any person desiring to run for office shall qualify in the office of the City Clerk by filing a Notice of Candidacy. Candidates must pay to the City a qualifying fee of $390.00 for the office of a City Councilmember.

Can I run for mayor?

No, but you can run for the city limit or even the county line.

If you're an alcoholic, then you are perfect for our mayor

Hey, why dont they start auctioning off "a drink with the mayor" instead of a day or lunch? I would do it!

Yep, it is taking its toll on ole Joe. Getting puffier by the day.