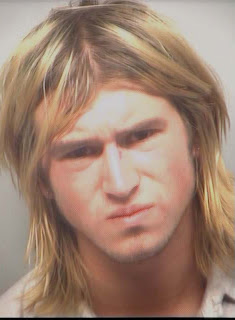 
MILTON, Ga., Aug. 18, 2011 - Milton police arrested a 20-year-old Crooked Creek subdivision resident Aug. 16 and charged him in connection with a string of burglaries that occurred in the neighborhood from April to June.

William Jarrod Ewing was charged with criminal attempt to commit burglary and taken to Fulton County Jail, where he bonded out Aug. 18 on $20,000 bail.

Milton police said from April 7 to June 11, six reports of attempted burglary and burglary were taken in Crooked Creek, the city's largest neighborhood. The crimes escalated until one resident was confronted in her home. Each involved a suspect trying or gaining entry into the home through back windows and doors between 10 p.m. and 12:30 a.m. Additionally, all the homes backed up to the Atlanta Athletic Club golf course, which winds through the subdivision.

Officers developed Ewing as a person of interest because he is known to roam the area at night. Additionally, he was arrested June 29 by the Forsyth County Sheriff's Office on Francis Road at the Forsyth County line and charged with pedestrian under the influence and underage consumption of alcohol.

Milton detectives linked Ewing to at least one of the burglaries by physical evidence and obtained a warrant for his arrest.