Questions Regarding The Disbanding Of The Citizen's Ethics Board. 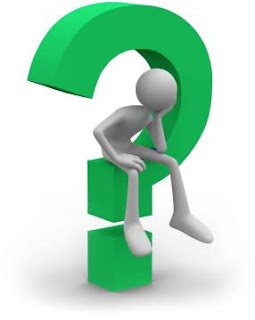 The following was sent to the Milton City Council in addition to City Manager Chris Lagerbloom. As soon as we receive answers, they will be posted on Accessmilton.com.

Subject: Questions regarding Ethics board decision-respond before week's end please

Regarding council's recent decision to dissolve the Milton Ethics Citizen's Board, we would like to ask a few questions. Answers will be posted on Accessmilton.com for citizens. Thank you in advance for your response:

Any additional information that you could provide would be greatly appreciated to the taxpayers of Milton, Georgia.

Thank you for serving the city.

We received your letter dated September 20, 2010. Following please find answers to your questions regarding the City of Milton Board of Ethics.

1. After much time and thoughtful consideration, the Milton City Council decided to make a change from a Board made up of citizens to a legal panel because the citizen's of Milton deserve unbiased and qualified and/or experienced members on the Board of Ethics, who are able to uphold their position with honor and integrity regardless of political affiliation.

2. Considering the budget, it necessary for the City to retain a policy to retain qualified and non-partial legal representatives to uphold the Code of Ethics on behalf of it's Citizens so that frivolous lawsuits are avoided at all costs; and, furthermore, in light of the latest Ethics hearing it was made very clear it is the most responsible course of action at this time.

3. There was no problem in regards to the individual members of the Ethics Board as each devoted their valuable time and active participation; however, there were obvious considerations made to political candidates by members of the board, and due to numerous complaints and correspondence received in regards to the D'Aversa matter, it was necessary for the City of Milton to pursue a different course of action with the inherent possibility of an ethics complaint in the future.

The City of Milton Council and Staff would like to serve its Citizens in an environment of respect, and with gratitude for giving us the opportunity to do so.

Additionally, we would like to thank you for the horse.

That would be a most appropriate response.

Let's see if they are up to it.

Biased is free, fair and impartial costs in this town

They are not up to it. This was discreetly orchestrated, shhhh, don't want anyone to know what is going on. Enloe, Open Records and let's get some transparency in our City Government.

Let me take a poke at this:

1. Because we are apparently incapable of putting unbiased level headed individuals on this board. See Lisa Cauley as primary example.

2. We Don't have to pay them anything do we if there aren't any complaints? Either way, it would probably eliminate the mess like the one Diva Versa has caused. Next time you get a moment why not ask one of us during public comment how much her BS lawsuit has cost the taxpayers? See if any of us get fidgety.

3. Uh, duh! Where have you been? Joe put Cauley on the board and look how that turned out! If there was any saving grace to that appointment it was that our ethics board was already a joke not only in our community but in neighboring cities as well. Lisa's actions just served to reinforce how ridiculous that whole process was. Tina was caught red handed, but refused to fess up.

We'd like to give out additional information, but we're afraid that there are too many folks out there that won't pay their taxes this year, so wouldn't want to do anything extra for them.

While the comments to date on this topic have been interesting, hopefully we will hear from those we elected to run the city as well.

Keep wishing and maybe your hair will grow back too!

Nothing says ETHICS like a room full of lawyers!

6:22 "Look how that turned out?"
So how do you think it should have turned out? There were only two people on that Board who did not have a predisposed opinion of guilt of the defendent, Haas and Cauley. That hearing was a good ole fashion Lynching in Milton, with good ole boy controlling the bench.

It proved nothing other than the Chair is a bully and helped his friend the complaintant.

If you think otherwise you are ill informed and you join 6:22 as an idiot.

Who appointed Clint Johnson? Lets see he tried to hang Tina but let his fat little buddy Neal off? Hmmmm!

I thin "Mr. Ethical" himself, Bill Lusk appointed him.

Glad you brought up the pathetic twosome post 6:24 PM. Good riddance to old CJ. Also, his fat buddy NO is a cheat, a thief, unethical and seriously doubt he is a veteran.