Milton moves away from citizen ethics board. 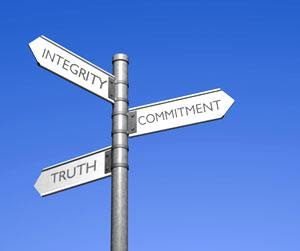 Milton voted Monday to reconstitute its ethics board, replacing city residents with a pool of metro Atlanta attorneys.

The move follows the political drama surrounding an ethics investigation of former Councilwoman Tina D'Aversa, who lost her re-election bid last November. City officials, including Mayor Joe Lockwood, said at the time the investigation was riddled with politics and spurred the need for change.

The mayor and each of Milton's six City Council members selected the citizen's panel. It has handled five ethics complaints in its four years of existence. Only the complaint against D'Aversa deserved a full hearing. The other four were dismissed for lack of merit.

The new ordinance provides for the city to create a pool of from 9-15 non-resident attorneys who would serve on a three-member ethics panel as needed. The three attorneys would be paid a fee, approved by the city council, for each day spent on the tribunal.

How municipalities handle ethics cases runs the gamut, said Amy Henderson, spokeswoman for the Georgia Municipal Association. Cities struggle to remove the politics from these cases when they appoint ethics panels, she said.

Marietta, for example, has a three-member ethics board, one appointed by the mayor, another by the city council. The third is an attorney agreed to by both the mayor and council.

For two years, Snellville has wrangled over revisions to its ethics ordinance. They remain unresolved.

Macon, with a mayor and 15 council members, saw how politics could influence its first ethics ordinance passed in 2008. So the city council voted to channel ethics complaints to the municipal judge.

"I don't remember whether a citizens panel was debated," said Macon spokesman Andrew Blascovich. "I know one of the bigger issues was how politicized an ethics ordinance could become, especially when you get to election season."

Johns Creek, Milton's North Fulton neighbor which also incorporated in 2007, maintains a list of five non-local attorneys who would individually serve as an ethics hearing officer. In its four years as a city, no ethics charges have been filed.
Posted by Accessmilton Admin at Monday, September 20, 2010

Too bad we didn't have this board of attorney's last year, O'Brien would have NEVER filed last minute charges and used the previous City Attorney ( who instructed the entire previous City Council on Ethics), as his representation. No conflict there! Naah!But having a buddy on the Board may have boosted his confidence! Should have done this from the start Milton, however on the downside, we the taxpayers fit the bill for any ethics complaints or violations! Nice.

Last minute? Where do you retards come from? She made her blunder during election season! It would have been irresponsible for the filing not to have occured during the same time period. Yes, he didn't file it immediately...it's call gathering facts. I'm surprised nobody else stepped up to the plate and filed before Neil did! And what makes anyone think he should have testified? He wasn't on trial, that idiot Tina was! You want someone to thank for costing the taxpayers money, go after Tina, nobody forced her to have representation, this didn't cause her to lose the election, yet she's suing the city and costing us money, go after her if you're so deadset on blaming someone.

hi neal; how have you been?

Neal is nothing but a problem for this city. He is an unethical citizen that continues pushing his name to the forefront.

Someone could say the same thing about a few others on here, don't you think?

Who are you referring to?

Well obviously Neil was the worst culprit, and yes he filed it last minute, and yes having Mark Scott represent him just shows what a loser's club he is in. Hey any word yet if the Delta van has spotted him mowing the grass or pushing a stroller yet?

Only one member of the board who heard the D'Aversa case was on the original ethics board. The board that heard the D'Aversa case had to be dragged kicking and screaming by its chair to make any decision at all in part due to Tina's buddy on the board refusing to recuse herself. And Tina has now accepted a consent order pleading guilty to the state ethics commission charges.