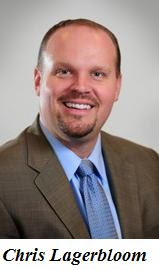 Below you will find Mr. Lagerbloom's response to our questions regarding the change to the ethics committee.

While opinions on council and staff responses will be varied, respect should be given due to the willingness to reach out to the Milton constituency and answer questions that impact their city. After all, communication tends to spawn understanding.

We would like to thank City Manager Lagerbloom for the quick attention given to Accessmilton.com readers after the initial email was sent.

Good afternoon. Please see my responses to the three questions you asked. I understand you are likely to post these on your blog site. As I know your site is full of anonymous posts, I want to also ask you to publish my email address (chris.lagerbloom@cityofmiltonga.us) and my phone number (678) 242-2488 so that citizens who otherwise may want to remain anonymous have a mechanism by which they can follow up directly with the City.

This question is specifically directed to the Council, so I will let them speak for themselves, but as your City Manager, this is my take.

It is difficult to identify a collective reason for why each individual council member voted the way that they did. However, I believe the general sentiment is that a modified Board makeup (consisting of lawyers from outside of Milton) would save both time and money, and would remove any possible appearance of bias or impartiality. After several public discussions and further direction from the Council during the Council Work Sessions on April 19, 2010, July 12, 2010 and August 9, 2010, the Council crafted an ordinance they could support and ultimately voted to approve it on September 8, 2010 in first presentation and September 20, 2010 for final adoption. As noted, the ordinance was discussed publically five times before adoption.

The attorney’s will be paid only a per diem (set fee per meeting or hearing) and not an hourly rate. They will be paid in a manner that is consistent with what many other board and authorities pay their members. In addition, it is believed that the result will be a net cost savings to the City, as the City Attorney’s role in ethics cases should diminish considerably as the need for interaction by the Board with the City Attorney should be noticeably reduced. Since the attorney panel will already be familiar with civil procedure and the fundamentals of due process, this result should be a streamlined, more cost effective hearing experience.

Tim, it is a matter of public record exactly how much the most recent ethics complaint cost the City of Milton. As of July 31, 2010, the legal costs alone in processing the complaint, facilitating the hearing and defending the appeal total $17,285.40 – and that number will continue to climb. To date, I don’t have final numbers as there remains an appeal pending.

There was no problem, and in fact the Council thanked the membership of the former Ethic’s Board for its efforts and service to the City of Milton.

He needs to shave.

The Brooklyn bridge is for sale!!

Thank you Chris for the response and continued concern for our city.

The first two posts indicate the type of people that live in our area, arrogant!!