No Resolution Yet For Bethany Bend Noise Fight In Milton 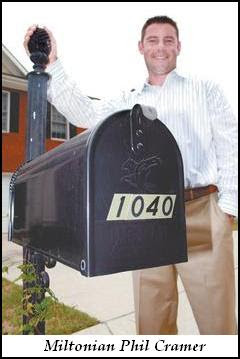 MILTON-- Every weekend for about the last two years, local resident Phil Cramer has called Fulton, then Milton police to complain about the sound coming from Montana's Bar and Grill, which hosts live music and karaoke in a converted Ace Hardware greenhouse.Cramer's house sits on South Bethany Creek Drive in the Bethany Creek subdivision, a few hundred feet from the back of the restaurant. His neighbors complain as well, 12 to 15 houses a weekend, and sometimes on Tuesdays."We've tried earplugs, we've tried turning on the appliances, people have moved because of it," he said. "It literally shakes the windows."

Milton officers always come out to the multiple calls, and they always measure the noise using special devices, but the business has never broken the law governing sound in the city. That was until July 3, when a band brought in for a private birthday party broke the lowered threshold for audible sound after 10 p.m., when it lowers from 65 decibels to 60. Police measured the noise from several back yards of homes that abut the Montana's property, and after a while, one got a overage reading.The night was a watershed moment for the residents of Bethany Creek, who have fought for nearly four years with the local hot spot over noise filtering into their yards and homes.It would seem that the situation would have died down after Milton passed its noise ordinance based on decibel readings in April, 2007. Both Eubanks and Cramer spoke at the meetings when Milton was passing the ordinance to express their views on a decibel-based law versus a perception-based one.

But Cramer said in the Bethany Creek's situation, "It's not working. Council did a lot of due diligence, but it's not working."Montana's owner Cary Eubanks now has a day in municipal court over the violation. The owner of a business that has been on Ga. 9 for two years prior to the erection of Bethany Creek, he said he's now become a victim of "reverse harassment" at the hands of neighbors who call police constantly."I think officers have better things to do than sit behind my establishment trying to get us to peak [over a noise threshold]," he said. And though Cramer said Eubanks has done "little to nothing to mitigate the issue," Montana's owner said he's spent more than $80,000 trying to cut down on noise by insulating and adding a new roof to the greenhouse and building a large, solid wooden fence.
Meetings started in January between Eubanks, Cramer and Milton Deputy Director of Public Safety Charles Millican, but stalled last month when it became obvious there would be no common ground between the parties. Eubanks said Milton's police have been "fabulous" throughout the whole ordeal and express to him their displeasure with having to go out week after week to measure the same noises."It's gotten to the point where I don't think there's anything I can do to make these people happy – they've just worked themselves up so much," said Eubanks. "I've tried to be a good neighbor, and I've got the invoices to prove it."
Not surprisingly, Cramer disagrees wholeheartedly, saying the business owner has "disrespected his neighbors." He called Eubanks' presence in the meetings a "stall tactic.""This is something we've not been able to work out neighbor to neighbor," said Cramer.The homeowner said thus far the city hasn't been very responsive to his requests."They're not telling me much, and unfortunately I'm still left waiting," he said. "So we're left with taking it back to the city."That puts the issue on the desk of City Manager Billy Beckett. He said the Milton's legal team has been looking for a way to strengthen the ordinance, and might have found it with perceptual provisions against "amplified music."Beckett said changing the ordinance is not where the city would like to go, though. Instead, he said officials would like to meet with all parties and work out a solution.Beckett said one solution costing $1,500 has been presented to Eubanks, and it's up to him to pay for it."If he chooses to think we're kidding, shame on him," he said. "But if we do nothing, shame on us."
Common sounds
Milton's noise ordinance states that noise cannot exceed 65 decibles in a person's property before 10 p.m. After then until to 7:30 a.m., that level drops to 60. Here are some common sounds and their decibel levels for reference.
Common sound / Decibel level
rainfall / 50
common speech / 60
washing machine / 75
personal music device / 100
rock concert / 115
gun shot / 140
Source: Dangerousdecibles.org
Posted by Accessmilton Admin at Thursday, July 17, 2008

At least now everyone knows from where the source of the complaints are coming. Does it not seem a little irresponsible to put this persons address (see picture of mailbox) in the article.

Well he should not have posed next to his mail box.

Everyone familiar enough with the situation would already know the source of the complaints, it's not like the guy is calling in anonymously...he's spoken before city council several times...and you have to state your name...duh

Kinda like moving behind an airport and insist that planes cease flying. lol