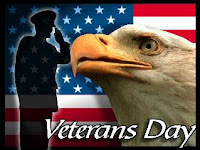 By DOUG NURSE http://www.ajc.com/
This Memorial Day, the city of Milton is planning to honor deceased veterans from Milton with white roadside markers.

The city is asking residents to notify officials of any soldiers, sailors, air personnel, Marines or Coast Guard from Milton families from World War I to present.

The program honors veterans related to Milton residents, past and current. The veterans need not have been killed in combat or served overseas to qualify.

The program is similar to those in Duluth and Lilburn and other cities where they erect small crosses that bear the names of the veterans and conflict in which they served.

The markers will be placed on major roadways on Memorial Days and Veterans Days.

"Memorial Day is not just about barbecues and waving the flag. It's about remembering the heroic actions of those who serve our country, and, especially, those who have paid the ultimate price for our freedom," said Milton City Councilman Bill Lusk, a Vietnam veteran. "Through our celebrations and markers, we are honored to pay this small but deserved tribute to those who gave of themselves for all of us."

Residents can submit veterans' information via an online form on the city's web site at www.cityofmiltonga.us/veterans.html or at City Hall.
Posted by Accessmilton Admin at Wednesday, April 09, 2008

Are the markers going to be crosses? How about something more politically correct like flags. May be that one of our soldiers is not necessarily Christian.

You must belong to the ACLU.

Politically correct, my a--. That's what is wrong with this country today.

Why do you think flags or rectangles are a bad idea instead of crosses? Are they always crosses?

Who said flags are a bad idea? The point was about political correctness, which is, in my opinion, a load of crap.

Understand Bill Lusk and another man are erecting and sharing the cost for the crosses. You might ask them if they would be willing to forget crosses if you buy flags and erect same.