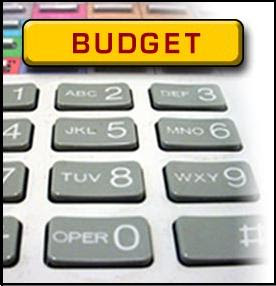 Unlike other cities, it grew $1 to $2 million
By DOUG NURSE / http://www.ajc.com/ / Thursday, August 21, 2008
As Milton city officials cobble together next year’s budget, they have $1 million to $2 million more than last year, unlike many cities that are dealing with cutbacks.
The budget for the fiscal year starting in October probably will be about $19 million, most of which is coming from reassessed property values. The governor’s homeowner tax relief program deducts $250,000, which City Manager Billy Beckett said is “a hit for a budget our size.”
All but $2.2 million is earmarked already. Public safety and public works are asking for double the uncommitted money, plus there are various council members’ pet projects, such as parks, sidewalks and trails, and road improvements. “Right now, it’s a little bit of a challenge,” Beckett said.
Posted by Accessmilton Admin at Thursday, August 21, 2008

Doesn't ment that HAVE to spend it.

Reserves are great for the next time there is a slow down in the economy.

If it can't be put in reserve, fix road pot holes.

May have to spend it on legal fees.