'Green' Cemetery Would Help Departed Get Back To Nature 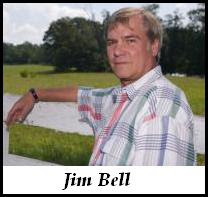 By DOUG NURSE / http://www.ajc.com/
Monday, August 18, 2008
Jim Bell of Milton envisions a way to keep his pasture green and enhance city efforts to buy and develop park land — only it involves a different approach to dealing with dead people.
Bell wants to use 17 acres of his property as a green cemetery and is scheduled to have a community meeting at 10 a.m. Saturday at Fire Station 43, 750 Hickory Road.

Jim Bell wants to preserve the 17-acre pasture of his old horse farm by making it into a green cemetery in Alpharetta. People would be buried in shrouds or bio-degradable caskets, no embalming, nor concrete liners. Instead of headstones the alternative would be flat field stones and plots that are marked by gps.

Mayor Joe Lockwood said he’s heard nothing but good things about it from the community.
“I support it,” he said. “It’s a practical solution to the inevitable. It’s very natural, very green and with that use of the property, you have some beautiful land for wildlife, like a park, versus a traditional cemetery with fences and headstones.”
Green burials harken back to the days before embalming. The recently departed are stored in a special refrigerator, then placed in a shroud or a biodegradable coffin within 48 hours of death. After a ceremony, they are lowered into the grave and then covered with earth. The headstone may be a flat, engraved (or not) fieldstone recorded in the cemetery’s GPS. There’s no formaldehyde, no concrete vaults, no caskets of brass or tropical wood, no stone monuments.
Driving by the property on Birmingham Road, it would look like a field surrounded by a hardwood forest. “I thought it would be a pretty place for a cemetery,” Bell said. “It will look like it does now.” And he will donate a portion of the sale of each burial to a Milton green space fund.
He said keeping the site looking natural would be easy. It would simply require having someone with a tractor mow the tract like one would do for a pasture.
Marty Byars of Byars Funeral Home in Cumming will help Bell operate the cemetery. Byars said green burials are not really much different from burials by orthodox Jews or Muslims, who also avoid embalming and other Western practices. Many funeral homes are used to handling burials according to Middle Eastern customs.
But Byars said he’s unsure how soon local funeral homes will embrace the new approach. Burials in America average $7,500, according to the National Funeral Directors Association. A green burial would cost up to $4,000. “They have absolutely no incentive to offer it,” Byars said.
Posted by Accessmilton Admin at Monday, August 18, 2008

This is interesting. If everyone does this that means there will only be a century or so when most people were buried in graveyards as we know them now. This means that all that have come before modern history and after us now will return to the earth naturally while those from a short period of time will be in long lasting coffins and bodies.
I would like to see Tim Enloe cast in bronze and placed like a statue at the entrance to Milton. That would really tick off a lot of folks, make some proud, and a few snicker.

Where exactly is the entrance to Milton? Follow the yellow brick road.

We don't know where exactly the "entrance to Milton" is,but it looks like the "exit" is going to be on Birmingham Road.
LOL

Jim Bell,
You ROCK!
Thanks for thinking
Outta the box!

If we bury Tim Enloe in here then will anyone complain about speeders on Bethany?

There would be several on Bethany that would take up the reins.
A few on Haygood, Freemanville, and Birmingham as well.

The poster about burying Tim is morbid. An obvious death threat.

Tim- I would sue them.

Tim gets death threats every day. He's used to it.

But would Tim want to be buried here if a speeder on Bethany hit him?