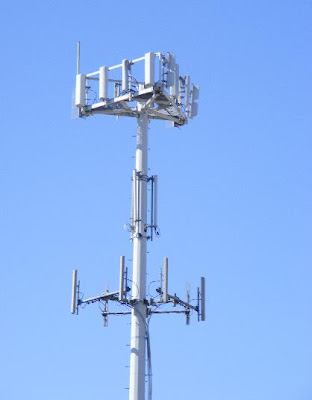 ALL: In light of the Milton Council's decision to deny two of three T-mobile cell towers, we thought the following article would be of interest. No word yet on whether Milton has been served.

By Rachel Kellogg / Neighbor Newspapers
T-Mobile South has filed a lawsuit against the city of Roswell, based on the council’s decision last month to deny the company’s application to place a cell tower on vacant residentially-zoned land on Lake Charles Drive.
The lawsuit says the decision violates the Telecommunications Act of 1996 on three counts, claiming the decision was not supported by substantial evidence, the city is prohibiting wireless service and the city is unreasonably discriminating among providers of functionally equivalent services.
“The city is preparing the answer and will defend its position as necessary,” said Roswell City Attorney David Davidson.
Davidson said the city’s answer, or response, will be filed before June 7, followed by a four-month pre-trial process “unless the judge decides otherwise.”
The company planned to construct a 108-foot stealth monopine tower, which would have resembled a tall pine tree.
When presenting the application to council, the telecommunications company said T-Mobile had a gap in signal strength in the Lake Charles area and the tower was necessary to provide reliable service to area customers in their homes and vehicles.
The council also denied a previous application by the company to place a tower on city-owned property at Fire Station No. 3. According to the lawsuit, the location used to be on the city’s siting plan but was removed after the city held a public meeting seeking neighborhood input. The lawsuit referred to the earlier decision by saying the city “bowed to political pressure, ignored its own ordinance and Siting Plan and refused to enter into a lease for the site at Fire Station No. 3.”
The lawsuit mentions citizens who came to the council meeting to speak out against the tower and said they voiced “generalized aesthetic concerns, speculating about the possible diminution of property values that would be caused by the proposed tower, speculating about the signal coverage afforded by the tower, and speculating about T-Mobile’s ‘true’ motive for constructing the tower.”
The lawsuit also includes a statement from Councilman Kent Igleheart, who is quoted as saying it is not the council’s “mandate to level the field for inferior technology.” The lawsuit calls this an “incorrect and unsupported” statement.
The document says the city has been “stubbornly litigious,” and goes on to state that council members seemed to intend to prohibit telecommunications towers from residential areas, despite the lawsuit’s claim that “the entire search area is residentially-zoned.”
Posted by Accessmilton Admin at Thursday, June 03, 2010

Do you think the same thing will happen to Milton?

How many executives at T-Mobil have cell towers in their backyards?

The bigger question is if t-mobile execs would like a cell tower in their back yards, should they be able to install them?

If you understand land rights and the founding documents of the country, then you know the answer...

Not only will T-Mobile sue Milton and win - they will also gain the naming rights. We will forevermore be known as T-Milton!

Okay now I'm NOT trying to start a conspiracy theory or anything but.... Has anyone else noticed how bad the cell coverage is since the denial? I'm serious. It's as if it happened the same week though I know it was just a coincidence. I can tell you the exact spots that either drop calls or my XM Radio freaks out everytime. That never happened before. Here are a few spots: Redd Rd at Brittle, Freemanville Rd almost at the dip where the "small" bridge is on the way to MHS, Dinsmore Rd, a few others I can't think of now. But I find it verrrrrry interesting. Am I crazy or has anyone else noticed it lately more than ever before. Listen, I'm not getting into the debate on for or against, just wondering how coverage with my AT&T service could have been affected. -P

Does having the right to put up a 150 foot cell tower in your backyard, or the backyard of the executives of Tmobile infringe on the rights of the people who live next door to it? Only those that put up the tower have rights in this country?? that is why there are rules, and laws and ordinances, to protect all peoples rights. The founding documents of this country don't only apply to those who want to "do" something, but also for those who "don't want" something to affect their lifestyle or homestead or pursuit of happiness. It applies to all. Tighten up the ordinances, which should have been done a long time ago by Council. But they've been to busy trying to get rid of eachother, then to focus on things that need to have been looked at already, before T-mobile started hunting land in Milton.

No, 8:32 lives on an open road and believes one person's rights shouldn't infringe on anothers.

Well now, what do you people think about the price of squash in France?

Milton needs to come out of the stone age.

T-mobile will win this lawsuit and idiot Roswell and Milton contracted lawyers will bilk taxpayers for the bill. I am in the industry and stealth antennas have zero impact on property values so that will not play one bit here. Yes the old ugly platform towers should never have been allowed and your local representatives should be thrashed for that. The industry has plenty of stealth style antennas that will do the job and work well into the Milton and Roswell landscape. Maybe residents should be more concerned about noise ordinance violations from loud lawnmowers and construction noise that impacts habitability and quality of life not an antenna that looks like a tree.

They are too busy wasting $250,000 of the taxpayers money fighting a long time resident to remove his chickens. http://www.examiner.com/buzz-in-atlanta/roswell-chicken-man-stands-alone-against-city-hall

I just moved to Roswell, Ga from Naperville, IL where TMobile has excellent service. It took me 1 month to figure out it was Roswell, not TMobile, keep cell service available in Saddle Creek Subdivision, its like the dead zone here. I am trying to work out of my home office and need to leave the subdivion to get a cell call.