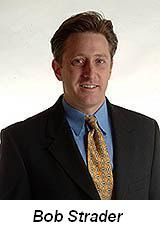 Many thanks to Milton resident Bob Strader of The North Group: Liveinalpharetta.com / Liveinmilton.com for sharing his perspective with us.

Back in January I wrote about the desire of three Milton property owners to have T-Mobile place a cell tower on their properties. The property locations are 13302 New Providence Rd., 2880 Mountain Rd. and 14495 Hopewell Rd. All three properties are zoned agricultural and meet the City of Milton’s zoning requirements necessary to have cell phone towers placed there. In short - there was no reason why the requests should be denied.

Subsequently T-Mobile had community meetings for questions and input regarding the towers. These meetings were opportunities for residents to ask questions about the designs of the towers, height, exact locations, etc. T-Mobile ran balloon tests so residents could actually see how high the towers would be and what would be visible above tree-tops.

There was an organized resistance by many residents who felt that cell towers ruined the rural charm of Milton. They also felt that cell phone towers posed a hazard to health due to radiation. And some questioned T-Mobile’s business need for additional towers in our area. Finally, the Milton City Council voted on April 26th to deny two of the property owners the right to place cell towers on their properties. The location on New Providence was approved with a 100′ restriction, rather than the original request of a 150′ tower.

The arguments & questions are obvious and understandable and have been hashed out on local Milton blogs and in the newspapers:

• If you are a property owner and meet the legal zoning requirements then why shouldn’t you be able to benefit / profit from your own land?

• Does the cell tower infringe on neighboring property owners?

• If it does, does it matter since zoning codes state towers are allowed there?

• How far can the City Council go to squash private property owner’s rights?

• Why is the council against private property owners?

Now there is an additional factor that affects everyone in Milton regardless of their proximity to any potential cell tower sites. T-Mobile is planning to sue Milton to gain the rights to place towers on the other two properties AND place the tower on the approved property based on original plans. Just a few weeks ago, for similar reasons, T-Mobile sued the City of Roswell, stating that they violated the Telecommunications Act of 1996 on three counts, claiming the decision was not supported by substantial evidence, the city is prohibiting wireless service and the city is unreasonably discriminating among providers of functionally equivalent services. I don’t think T-Mobile is new to this and probably has considerably more experience in determining the viability of their lawsuit than the Milton City Council has.

I understand why some people wouldn’t want to see a cell tower near their community, but it seems to me that we sacrificed quite a bit in the push to stop the towers.

1. First, we have a City Council that has shown no qualms about stepping on the private property rights of its residents - nobody should feel comfortable with that - I wonder what rights they will step on next when an angry group threatens them with their votes?

2. Second, we missed a chance to press T-Mobile to build towers that might be unobtrusive (painted brown, made to look like a tree, etc.), cutting off our nose so-to-speak. I suspect that if they win their lawsuit, they aren’t going to be inclined to satisfy any cosmetic requests we may have.

3. And finally, we all as taxpayers get to see our City Council spend our tax dollars defending a lawsuit they have no real grounds to defend - since our zoning laws allowed for cell towers on those properties.

What rights are you willing to give up for the concerns of the next group? Are the aesthetic concerns of the community more important than individual’s legal rights? When you vote for City Council Members in the future, ask yourself whose rights you want them to defend…or step on.

Aaaaaaamen brother!!!!!
Yes these people need to get a life of there own and stay out of everyone else.

Wow, a reasonable argument that does not personally attack anyone. How unique.

I didn't think that existed in Milton.

wow a voice of common sense how about that...how about bob for mayor..hmmmm that makes sense

you hit the head of the nail. well spoken and truthful to the very last sentence. I deeply enjoyed reading your comments and thoughts on the matter.