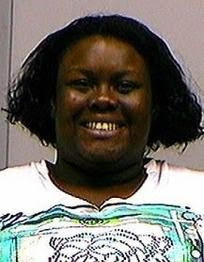 A Sandy Springs madame who avoided capture for more than two years was sentenced to life in prison late Friday for her role in the murder of a former client.

Prosecutors say Kisha Rutledge engineered the June 2007 plot to rob construction worker Keith Alan Brown at his Milton apartment because she knew he carried large amounts of cash. Brown was shot several times by already convicted conspirators Jeff Dulcio and Stephen Woods as Rutledge and adult entertainer Michelle Morrison waited in a car outside, according to the Fulton County District Attorney's Office.

The murder was the first in the history of the north Fulton city, incorporated in December 2006.

Dulcio and Morrison were sentenced in 2009 to life in prison plus five years for their roles in the slaying. Woods reached a plea deal with prosecutors and was sentenced to 15 years in prison on armed robbery and weapons charges.

Rutledge was arrested in August 2009 soon after her case was featured on the television show "America's Most Wanted."

Was that her mug shot, why is she smiling?

A roof over her head, 3 square meals a day and government healthcare...and lots of new pals...plenty to smile about

I thought that mug shot was Karen Thurman. then I read the article.

they both have the same kind of hair only Karens changes color sometimes?

They have as much in common as Cairo has with Wisconsin.

If you are going to be mean then put your name on it. And having said that, am not a fan anyway of Thurman, you guys are plainly meanspirited.