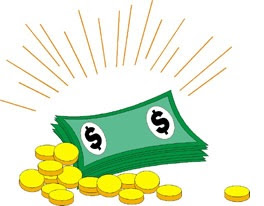 By Patrick Fox and Ralph Ellis

While many municipalities limp through the recession with nary a dime to spare, some metro cities weathered 2010 in good shape.

On Tuesday, Milton officials announced the north Fulton city finished last year with a $4.6 million budget surplus. That's 26 percent of its $17.5 million budget, in addition to $2.8 million in reserves.

"It's great, but I don't want to paint it as rosy as some people are saying," City Manager Chris Lagerbloom said. While employees were diligent in saving the city money, he said, there were other contributing factors.

The city saved $1.2 million by ending its contract with a private firm supplying municipal services. The city now has its own staff or contracts jobs out on an as-needed basis.

It also collected more in property taxes, in part because it estimated low, and in part because it aggressively pursues collections, Lagerbloom said. The city had a 99 percent payment rate for 2007-09. The rate stands at 95 percent for 2010.

The city, whose fiscal year begins in October, also gained -- on paper -- from a 2009 shortfall. Because county appraisals were delayed in 2009, Milton didn't send out tax bills till nearly September. Some of that 2009 money didn't come in until 2010. So while Milton had to borrow against its reserves to balance out 2009, it saw more revenue in 2010.

As is the practice in many cities, the extra money will be used for one-time capital expenses, like parks, roadwork or public safety buildings, Lagerbloom said.

"I'm so surprised," said Milton resident Laura Bentley. "Obviously, they tightened the belt when they needed to."Bentley said she hopes the city invests the surplus back into the community with parks and road improvements that will attract people to the area.

"When you consider the economy, and for the city being so young as it is, to have a surplus bodes well for the city," resident Tim Enloe said. "It shows the folks who are running the ship are being conservative and creative with the city's tax revenue."

But how much surplus is too much?

Greg Streib, Georgia State University professor and an authority on local government, said states and cities were criticized at the start of the recession for not putting enough money into their reserve funds.

"In these uncertain times, having a surplus would be a very good idea," he said. "So many governments overshot their spending and undershot their collecting."

One reason for surpluses, he said, could be that governments may be delaying maintenance, not spending money on what will need to be addressed down the road. Another, he said, is that having more in reserves right now is a wise policy until property values stabilize.

General practices for municipal finance suggest cities maintain a reserve fund equal to 5 percent to 15 percent of their operating budgets, said Amy Henderson of the Georgia Municipal Association. That can translate to from one to three months of operating expenses, she said.

Alpharetta, Roswell and Decatur also finished 2010 with millions to spare.

An early retirement program taken by 22 employees resulted in a $1 million savings for the city. Also helping were $475,000 in spending reductions and about $800,000 in increased sales tax collections.

Lee said the Roswell surplus could be used for upcoming municipal elections and applied to the rising cost of electricity, gasoline and health insurance. Some of the money is certain to be used for maintenance programs, he said.

Citizens have other ideas.

“The city should save it for a snowy day,” she said. “Basically, save it until we need it, for an emergency.”

That's about 9 percent of the $50 million 2010 general fund budget and about 5 percent of its total budget.

Finance director Tom Harris said the savings were mostly a result of belt-tightening in each department. The surplus money, he said, will be made available next year, in the 2012 budget, for one-time capital expenditures, such as park land, intersection improvements or buildings.

Decatur also finished 2010 in the black with a $1 million surplus. The City Commission used part of the money, $360,000, to provide a $70, one-time tax credit to local property owners. Another portion was used as a bonus for city workers, and about half the surplus went into the city's reserve fund.

Marietta had a more modest surplus, $133,000, out of its capital and operating budget of $48 million.

"We keep it real tight," City Manager William Bruton said. "We have one of the highest bond ratings in the state, and we don't want to mess with that. We've got a good reserve built up and we didn't touch that this year."

Some cities ended last year in the red, borrowing from their reserve funds.

“This year we're not anticipating a surplus,” she said. “Revenues have been down and costs aren’t going down.”

Likewise, Duluth and Snellville operated beyond their incomes.

Duluth borrowed $1 million from reserves, and Snellville took $146,000 from its rainy-day fund.

Duluth City Administrator Phil McLemore said the shortfall was no surprise. The city is anticipating another this year and next year.

Snellville's deficit came, in part, because of an early retirement package offered to save on future expenses, said City Manager Russell Treadway.

He said he wants to talk with Milton officials.

"Good for them," Treadway said. "If they want to loan any of it, we'd like to borrow some."

Some of the surplus needs to spent on hiring more credentialed officers. Three officers per 12 hour shift is simply not enough when considering the size of Milton and all the open road neighborhoods and subdivisions.

That is not what you said in the article Tim?

I did; please email the reporter of this article; Patrick Fox; should you need further clarification.

Tim, just read the article, then you will see what you said.

Milton has more needs than "more police officers". Tim, be a volunteer police officer. Stop complaining, get some training and apply for goodness sake.

Due to liability, "volunteer" police officers are no viable in Milton. If it were an option, I agree with you that I should offer my time.

I am aware of what I told Patrick Fox including my refernce to take some of the funds and hire more officers. He picked and chose what to put in the article.

Again, I encourage you to reach out to him should you need further clarification of my statements.

It is in black and white Tim, just read "what you said in the article"! Didnt ask about all the other bs you probably told him?

Obviously, you've never been interviewed by a reporter. In seeing your manner, it is easy to see why.

Just read the article, dont be such a dumbass. It is in print. Dont act so stupid, it was printed in th ajc.