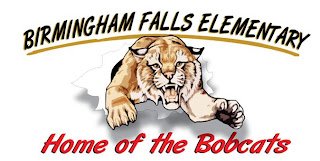 At the Birmingham Fall Elementary parent meeting on Thursday, August 12th, Deputy Area Superintendent Linda Anderson introduced herself to the many parents who attendd to hear about the replacement of Principal Tracy Trussell. She thanked everyone for coming and said that they would be answering as many questions as they could within the one hour time frame for the meeting.

She then introduced Area 4 Superintendent Mr. Sam Taylor. He who would be giving an official statement from the FCBOE which was provided by their attornies to read to the parents.

Taylor offered a public apology about the lack of communication and knew it was a source of frustration. He then relayed that the BOE had a plan they were implementing to share what had transpired with the community. However, the information was leaked which resulted in some rumors which were incorrect and spreading like wildfire.

"As you know, Mr. Trussell will no longer be the Principal here at Birmingham Falls," commented Taylor. The official statement read was, "The change in leadership was necessary because there has been a pattern of inappropriate behavior and comments which have put the school system in legal jeapordy. Most of the concerns are a violation of Title 7. Which are those that deal with age, race, and gender. As a result of this action we are referring this to the Georgia Standards Professional Division."

It was then relayed that the rest of the meeting would be discussing their transition plan and questions. Cathi Barlow would be the interim Principal and would be in the position for three months. He also stated that they would be posting the opening for the position in the Fall.

Concerns were made by parents that such and approach would be too time consuming. Mrs. Anderson assured the parents primary focus is on the children and getting the school year off right to a good start.

To watch the complete meeting, please see the video below.
Posted by Accessmilton Admin at Sunday, August 15, 2010