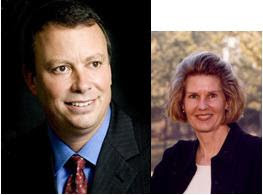 By Doug Nurse Thursday, May 17, 2007, 12:52 PM
The Atlanta Journal-Constitution
Over the Milton mayor’s objections, the City Council Thursday effectively countermanded a letter he sent to the governor asking that changes to the city charter be vetoed.By a 4-3 vote, the council approved a resolution that instead asked Gov. Sonny Perdue to sign legislation that changes the founding document of the city. The charter establishes the city and sets rules for its operation.
Supporting the resolution were council members Karen Thurman, who sponsored the resolution; Rick Mohrig; Bill Lusk; and Neal O’Brien. Opposed were Mayor Joe Lockwood, and council members Julie Zahner Bailey and Tina D’Aversa Williams.
In the last legislative session, the General Assembly, at the behest of state Rep. Jan Jones, changed the the city’s charter. The bill struck provisions allowing collection of franchise fees, diluted some of the mayor’s authority in making appointments and hiring staff, set term limits, and removed language allowing benefits to the mayor and council.
After the vote, Lockwood said he didn’t anticipate any further action on his part.“I think we’re done,” he said. “it’s up to the governor now. We’ll move forward and do the best we can with what we’ve got.”
State Rep. Mark Burkhalter (R-Johns Creek) also weighed in with a letter of support to the mayor and council supporting Jones. The governor’s office has been circumspect in discussing the controversy.
The governor will decide whether to sign based on its merits, said Bert Brantley, spokesman for the governor’s office. He takes into account all points of view, and he will consider every piece of information he has.
Lockwood and his supporters said they weren’t aware of the changes until April 24 after they had been passed. They also argued the changes weakened the position of the mayor. Other council members countered the changes were minor.
The council debate at times was sharp-edged. The writing of Thurman’s resolution wasn’t finished until just before the council meeting, prompting Zahner Bailey to decry the lack of “professional courtesy” by Thurman and by Jones for essentially ambushing the council.
Thurman countered that there wasn’t time to follow the normal procedure in presenting items to the council. Perdue’s deadline for signing bills is the end of the month. The next City Council meeting is June 7.
Thurman also faulted Lockwood for sending the letter to the governor without consulting the council first. Lockwood explained that he talked with a majority of the council and had come away with the understanding they agreed with him.Lockwood said that when the governor’s staff called him for his reaction on Monday, he told them he wasn’t happy. Write a letter, they said. He did, asking Perdue to veto Jones’ House Bill 811.

Lockwood said he was concerned about changes in the appointment of the city staff. Currently, the mayor appoints and the council ratifies. Under the change, should the council reject the mayor’s nominees, they can appoint on their own. Lockwood said that’s a major change; Council member Lusk said it was not.
“I didn’t know this was supposed to be a power struggle,” Lusk said. “We have equal votes. We are all equal up here. We’re not talking about something earth-shaking that will change the course of human events.”The mayor also was upset about changes to a provision governing the appointment of council members to City Council committees. Before, the mayor made the appointments. Now the council members have to approve them. Lockwood said the change could make it difficult to get members to serve on politically treacherous or boring committees.
Jones, a Republican from Milton, sponsored the legislation creating the city in 2006. She said the recent changes were simply a matter of fine-tuning the city’s charter. Jones supported Lockwood’s opponent for mayor.
Jones said in an earlier interview she told Lockwood and other council members what she was going to do in her legislation twice starting in November.“I’m surprised and puzzled at the mayor’s response and his strong reaction,” Jones said. “I didn’t ask Fulton County for approval to form the city to begin with. The majority of the City Council supports it. What would the change have been if they had voted on it? I ascribe this to newness and inexperience in government.”
She said that some changes in the charter are symbolic - state law allows the city to collect franchise fees and provides for benefits to the mayor and council. She just didn’t want the council to be able to use the charter, which she sponsored, as justification for policies she doesn’t agree with.
Jones and Lockwood have debated the collection of franchise fees in a series of letters in a local newspaper. Lockwood said they’re a necessary part of the budget, and at times has said the charter allows it. Jones is opposed to franchise fees.
The state allows the city to collect franchise fees from utilities for use of public rights of way, and those fees are passed on to consumers. Some Milton residents - as Sandy Springs residents did before them - objected to the fees as essentially new taxes, calling them a breach of pre-city promises that taxes would not go up if the voters approved cityhood in a referendum.
Council member Tina D’Aversa Williams said Jones is meddling and the mayor is justified in feeling aggrieved.
“My concern is that we became a city so that we could have greater local control,” D’Aversa Williams said. “But now we have changes without our input. I question what was the motivation behind it.”But Council member Neal O’Brien said he believes Jones acted within her authority.
“I concur with what she did,”; he said. “It’s within the realm of her authority. The legislature has a signficant role in managing the law we operate under. Our job is to operate under that law.”
Posted by Accessmilton Admin at Friday, May 18, 2007