A life and a death teens can’t forget.

AM NOTE: Stories like the one below have unfortunately taken place too many times in the past. This young lady was just beginning her life. Milton leaders, as well as others throughout Georgia, must do more to stop senseless tragedies like this. More officers must be hired, increased driver education must be implimented, and additional penalities must be at the ready. Speeding continues to transpire daily throughout Milton. Enough is enough! Please keep this family in your thoughts and prayers during this difficult time. 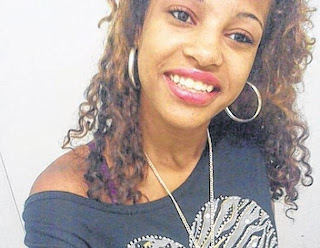 Johlonda Lindsey’s death hit hard at Meadowcreek High School, where she was a junior.

By Mark Davis and Nancy Badertscher The Atlanta Journal-Constitution

So, the Meadowcreek High School junior decided she’d skip the prom altogether. Instead, she would go to the after-party. After all, the 16-year-old reasoned, there’s always next year.

It was a tragic decision.

Lindsey was killed en route to the party early April 29 when the Chevrolet Trailblazer in which she was riding hit another vehicle, then flipped on a curving stretch of Steve Reynolds Boulevard between Norcross and Duluth.

The impact threw Lindsey, who was not wearing a seat belt, from the vehicle. She was pronounced dead at Gwinnett Medical Center-Duluth.

Three others also were injured: sisters Colleena Walker, 15, and Kendrea Walker, 16, passengers in the Trailblazer; and Freddie Banks, who was driving the other vehicle. All are students at Meadowcreek.

Lindsey is another statistic in an annual compilation of heartbreak — teen road deaths. The National Highway Traffic Safety Administration even has a separate tally for teen drivers’ deaths during April, May and June, the traditional prom season.

In 2010, the latest year for which data are available, the agency reported that 551 drivers from 16 to 19 died during the three-month period.

Though Lindsey was not at the wheel — she was sitting in the SUV’s back seat — the statistics underscore the potential danger all prom-goers face, said Woodrow Gaines, president of Fear This, Inc., a Snellville-based nonprofit that teaches teens safe driving. Most schools, he said, emphasize safety, especially on prom night. But the warnings sometimes fall on deaf ears.

News of Lindsey’s death hit Meadowcreek students hard. Not even a year ago, the school’s principal collapsed and died. On Monday, grief counselors were at the school to help students and faculty mourn a girl who dreamed of going to college on a track scholarship. On Saturday, her family buried her.

Memories cannot be buried, though. In the days immediately following Lindsey’s death, those who loved her remembered when and where their lives last crossed.

Nicole Herron watched her sister stand at the mirror, turning one way, then the other. Both admired the light-brown tank top and black shorts Lindsey had bought to wear to the party that night. A lot of kids from the school planned to dance away the late-night hours at a rental hall in Lawrenceville, Lindsey told her 23-year-old sister.

Johlonda had grown, Herron thought, and not just physically. In recent years, the younger girl had emotionally matured.

Lindsey turned to her sister. “I need to smell good,” she said. “Give me your best perfume.”

Herron did, handing her a bottle containing a “light and powdery” scent. That was the final touch.

It was 9 p.m., time to go. Their mom, Naomi Moore, agreed to take Johlonda to the home of Tovanda Poole, a school friend. They’d find a ride to the party from there. Mother and daughter headed toward the door.

Herron heard the door slam, the car start. Its headlights swept across the yard as the car backed onto the roadway.

Four miles away, one of Lindsey’s best friends, Giselle Lopez, was at the prom, held at the Atlanta Marriott Gwinnett Place on Pleasant Hill Road. At Lopez’s side was her boyfriend, Rayquan Sam.

“Hopefully,” she said, “this will be an unforgettable night.”

They waded into the growing crowd, saying hello to classmates who, for one night, looked like royalty. One was Dante Bennett, Lindsey’s boyfriend.

He’d tried to talk her into going to the prom, but gave up after Lindsey abandoned her search for that perfect gown. He’d already rented formal wear, a gleaming white number with orange piping, and decided to go without his sweetheart of nearly two years. He’d have preferred having her on his arm — and would, later, at the party.

Shortly after 9 p.m., Bennett 17, left the prom and drove to Lawrenceville. He wanted to be at the party whenever Lindsey showed up.

Keiona Henderson, a rising senior and also a member of the track team, was watching the clock, too. Like Lindsey, Henderson had chosen the party over the prom; after all, they had next year for the big dance. She planned to get to the party late, after the prom ended.

Her phone rang. Kendrea Walker, who was with Lindsey, was on the other line with good news.

“We finally got a ride to the party,” said Kendrea.

Wideman would take them.

The accident happened about 12:25 a.m. roughly a mile north of Beaver Ruin Road. Steve Reynolds Boulevard is five lanes wide at the spot where Wideman’s SUV swerved out of control. The speed limit is 45 mph; Gwinnett police say Wideman was driving faster than that.

Lindsey’s friend, Poole, was riding in a car in front of Wideman’s SUV. She saw the truck spin out of control and topple. Within moments she was calling friends.

Bennett, who was at the party, took one of the first calls. He recognized Poole’s voice, but wondered why she was laughing — not realizing that she was crying and talking at the same time.

“Johlonda!” she yelled. “She’s been in a bad accident!”

Bennett jumped in his car and drove fast to the accident scene, where a sympathetic bystander directed him to the hospital.

Lopez, also at the party, didn’t see Bennett rush off. She called Poole, asking where she was.

In between sobs, Poole described the scene — blue and red lights slicing the dark.

And so it went, from one student to the next in a series of calls and texts and tweets: Johlonda was injured. Later messages reported her death.

One of the messages reached Zakkiyyah Dennis, a track club member attending the party. She’d just seen Lindsey the night before. How could she be dead?

Dennis went home and waited for everyone to go to bed. When the house was quiet, she crept into her closet, closed the door and wept.

Others were too stunned to cry. Jonay Lindsey, Johlonda’s 14-year-old sister, was spending the night with a friend when the girls heard a knock on the door. It was 3 a.m. They opened it and saw Jonay’s mother and older sister. “Come home,” her mother said. “Johlonda is dead.”

On the ride home, Jonay rested her head against the window and watched the dark scenery pass. She wasn’t sure she believed her mom.

Allexious Reed, another of Johlonda’s track teammates, was just as skeptical. On Sunday, after the sun had risen, she drove to Lindsey’s house where she saw her friend’s mother standing in the yard.

“Is it true?” she asked Naomi Moore, Lindsey’s mother.

Moore wrapped her arms around Reed and nodded.

The memorial on the side of Steve Reynolds Boulevard took shape on soil littered with pieces of Wideman’s Trailblazer. People left flowers, and someone tied a Mylar smiley balloon to a rail closest to the spot where Wideman’s SUV finally stopped. The tributes stand in colorful contrast to the blacktop where a life ended.

And, though she is gone, her loved ones still expect her to come around the corner, crack a joke.