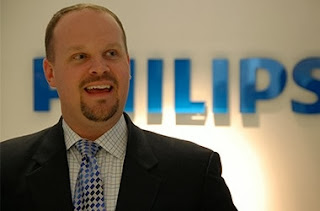 “There are just a handful of city managers in Georgia who have earned this important designation, and we’re proud one of them is our city manager,” said Mayor Joe Lockwood. “Every day Chris brings a level of expertise and commitment to the City of Milton that is simply unparalleled.”

During his time with the City of Milton, Lagerbloom has overseen a Milton awarded “Best Quality of Life” in the state of Georgia, among numerous other honors for excellence in financial reporting and budgeting, community development and communications.

Additionally, he was the driving force behind the City of Milton bringing more services in house in a hybrid public-private partnership that became the model for Milton’s sister cities looking for ways to cut costs and increase services. Because of the bold move, Milton was able to realize more than $2 million in savings over two years, and continues to operate with an enviable fund balance.

To receive the prestigious ICMA credential, an applicant must have significant experience as a senior management executive in local government; have earned a degree, preferably in public administration or a related field; and demonstrated a commitment to high standards of integrity and to lifelong learning and professional development.

ICMA’s mission is to create excellence in local governance by promoting professional management worldwide and increasing the proficiency of appointed chief administrative officers, assistant administrators, and other employees who serve local governments and regional entities around the world. The organization’s nearly 9,000 members in 27 countries also include educators, students, and other local government employees.