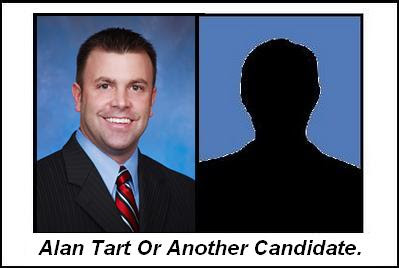 We have a new poll up. It asks:"Who Would You Vote For If 2011's Council Election Took Place Now? (District 6)"

Note that districts 2, 4, and 6 will be up for election in 2011. Each seat's poll will be referenced in two week intervals in sequential order. This poll focuses on District 6.

Have your say in the upper right.

The previous poll asked:"Who Would You Vote For If 2011's Council Election Took Place Now? (District 4)"

I move we vote tart out, this is my motion.

Ummm, "just one more quick question" would you consider amending your motion to include a four board equestrian fence and an earthen detention pond if you won't consider deferal until denial?

If Alan had nor seemed to aligned with what is inappropriately perceived as "the Left", he might have a better chance in concincing those who had shot him before he eve got to work. Funny thing is, I remember when Julie didn't want anyone who worked on her reelection campaign, no one was to work with Alan and Burt. That is until she realized that she needed them, more than they needed her. To those of us who support councilpersons independent of their national political beleifs, this was a major Faux pah. My only suggestion/hope is that all our councilpersons would just simply be honest, have integrity, and an authentic desire to do good things - independent of what their "friends" on Council do for the sake of a new and improved message or some way to get along without having to take sides. Not professional. Not in fashion these days. Not cool. And so very transparent. Let's move on and do great things and not take stabs for the sake of your political agenda. Independently, I'm sure all of our councilpersons are good people and would make good decisions. Worrying about aligning our city's politicians does no good at all.

Alan keep doing what you have been doing and you won't have to worry about your next term, as there won't be one.

Why did Burt do so much better in the poll than Julie?

Has anyone checked Burt's pulse? Does he have one?

Yes he does have a pulse, and actually he has a job, a great family and family life, and he does his job as a council person with intelligence and reason.

Unlike the two women on council that dont have any balance in life and ultimately never get anything accomplished.

Remember just because you have diarea of the mouth and dont have a clue in the rest of your life dosent mean you are a good public servant. Its all about the citizens and not yourself.

Burt's does his job alright, he does what ever Lockwood tells him, that is his job. Certain people want him to stay because he's an easy vote their way. Shame he doesn't stand on his own accord and think for himself. But if we had people like that on council, it would upset Thurman and Lusk. The great think is they can't run again, 2 terms, done. Like Obama, the damage will have already been done, too late.

Well Alan does what Julie tells him and Bill does what Karen tells him, so now we will just have to see who Joe follows? I would rather Burt follow the mayor than any of the other whack jobs on the council!

2:34: Who says they can't run following 2 terms? Ever read the city charter? There is no set term for mayor or council members.
SECTION 2.11. Elections