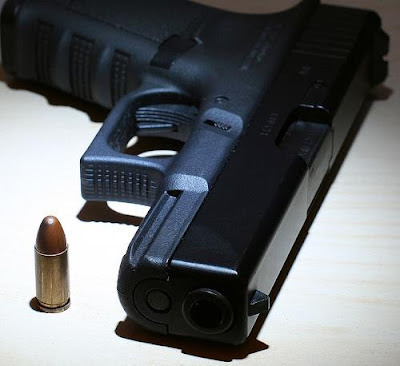 By DOUG NURSE http://www.ajc.com/
Milton may have dodged a bullet Monday night.
The City Council changed an ordinance that allowed the city to ban firearms in the event of a disaster, a measure that put Milton in the sights of the pro-gun group, GunCarry.org.

GunCarry.org has sued several cities, including Atlanta, for keeping such a provision on the books.
By striking that prohibition, the city effectively eliminated any reason to be included in the litigation. GunCarry had notified the city that it intended to include Milton in a class action lawsuit.
"We made a fiscal decision not to fight this," said Chris Lagerbloom, public safety director.
Officially, the reason for the change was to make the city's law consistent with a state statute that expressly preempts counties and cities from regulating the possession of firearms or components of firearms.
Unchanged were prohibitions against possession, sale or use of explosives, gasoline, flammable liquids, or dangerous weapons, should a man-made or natural catastrophe strike.
The change won't take effect until June 2.
Posted by Accessmilton Admin at Tuesday, May 20, 2008

during hunting season there are multiple gun shots fired in the vacinity of the swamp off Hopewell Road sometimes dangerously close to the residential homes nearby...what are the laws pertaining to this?

We share the same problem over here on Freemanville.

there are no laws limiting the discharge of firearms in the city of milton except for hunting. i personally would like to clearer descriptions of the laws as i am an avid shooter and shoot on my personal property often.