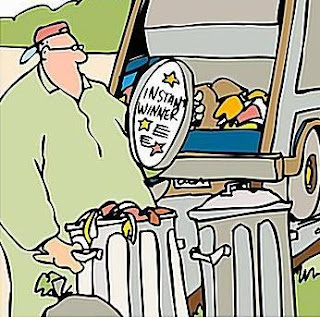 At issue was the fact numerous complaints had been received by the city, alleging Lovelace was not picking up trash as contracted. Add to this the fact Lovelace fell behind in his quarterly fees to the city, and his was a done deal.

A representative of Billy Lovelace Hauling appeared before council Aug. 16 to plead the company's case, saying the company was trying to meet demand and its obligations to the city. She also promised to start paying the delinquent fees.

The council granted clemency and agreed to a probationary period for the company, provided they pay back the fees owed.

The next day, a check was delivered to the city. That check bounced. A replacement check was "in the mail" and never appeared.

No fees had been paid since June 2008. They are due every four months.

The action to remove Billy Lovelace Hauling was taken after citizens complained of paying their fees to Lovelace and never receiving service, nor being able to contact the company. The city was equally unable to make contact.

"We tried our best," said Matt Marietta, Milton fire marshal, as he outlined the situation to council.

•Action was deferred at the request of legal counsel on discussion of rescinding the denial of a gas station at the intersection of Bethany Bend and Highway 9. The item will be heard again Nov. 15.

•Global Payments, Inc., a data center expecting to hire 150 workers, had their zoning and site plan approved for Deerfield Parkway. They had requested fewer parking spaces and consideration of access to any future development from their property.

•The law regarding vehicles for hire was amended to make a distinction between taxi cabs and limousines.
Posted by Accessmilton Admin at Friday, October 29, 2010