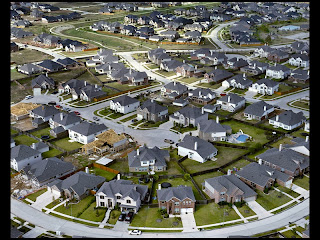 Flipping to page 28 of this week's Milton Herald, it is more than obvious that the "Rural Milton Georgia" initially promised is gone with the wind and one of the biggest smoke and mirror campaigns in recent history.

Numerous proposed subdivision zoning notices have been published. No doubt more are to come.  They include:

REQUEST: to rezone from MIX (Mixed Use) and AG-1 (Agricultural) to CUP (Community Unit Plan) to develop 55 single family residences.

IF the Mayor and Council approval all of the above, total new homes in Milton Georgia will be:

And then factor in some new subdivisions under construction in Milton and on it's borders now:

A. New Homes Total=367.
B. Assume minimum of two cars per home; 734 additional vehicles on local road ways daily.
D. Assume a minimum of four people per dwelling; 1,468 new residents.
C. Schools - According to Fulton County School Board Member Katie Reeves; schools in Milton are at capacity. Could more new elementary, middle, and high schools be in the not too distant future due to a growing population?

What we are witnessing now is a massive ripple affect. There are reasons why people live the way they do; that setup, whatever it is, works for them. When you take away one of those big reasons, those who purchased for that reason are more likely to exit in the hopes of finding again what they had initially purchased to begin with.

In seeing monotony and sprawl in full swing in "Rural Milton", it begs the question once again: Why, if this area was going to become the same as so many others, did we even incorporate to begin with? What was the point? Why not just annex into Alpharetta? After all, the end result will soon be the same. With a full two years until the next election and the flood gates open wide, one has to wonder if there will be anything left to fight for.

Those behind the push to incorporate Northwest Fulton as well as Milton's elected leaders, current and past,  have failed...or have they simply lied? Are we now bearing witness to what they wanted from the beginning? That opinion is up to you.

By the way, there were no published notices for anyone applying for a new barn or equestrian facility...
Posted by Accessmilton Admin at Friday, November 22, 2013

Heartbreaking what has happened to this once beautiful area of North Fulton.

No, the blame is on the shoulders of the elected. Let's start with the mayor and his tight grasp on council. And there is more.