State Of The City Address 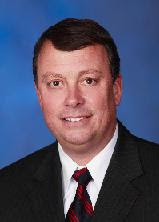 The City of Milton has come a long way since its incorporation on December 1, 2006. We set the bar high for ourselves and I am proud to say that we have exceeded our expectations. I would like to take a moment to share some of our many accomplishments in 2008 and our hopes and goals for the future of Milton.

I'd like to start by thanking my council colleagues: Karen Thurman, Julie Zahner Bailey, Bill Lusk, Burt Hewitt, Tina D'Aversa and Alan Tart. Without their commitment I do not believe we would have come as far as we have.

I would like to thank our incredible City Staff. They have worked countless hours bringing our dreams for Milton to fruition.

Most importantly I'd like to thank all of you, the residents and business owners of the City of Milton. You are the reason we do what we do and why we strive to make Milton the greatest city in the state of Georgia. Thank you for your continued support, for your strong spirit, your commitment to volunteerism and your faith in what we do every day.

It is evident taht the priorities established at the start of 2008 were met. The City's second year as an independent municipality saw great progress and continued to prove that Milton has passionate citizens, strong leadership and a heart for smart growth that retains the beauty and uniqueness we all know and love.

Allow me to highlight some of 2008's many accomplishments.

Our Community Development Department made great progress on the Comprehensive Plan. The community assessment and citizen participation sections were completed and approved by the Department of Community Affairs. Also, a Partial Plan Update was submitted to DCA at the end of the year. With the completion of the Partial Plan Update we have additional time to finalize the Comprehensive Plan while moving toward greater local control and self determination. In addition, a sewer service area map was developed and ultimately approved by Council.

Public safety is one of Milton's top priorities. Our City's police officers and firefighters work around the clock to keep lives and property safe. Milton is fortunate to be a low-crime city, but it's reassuring to know that we have a skilled and dedicated police force and fire department to protect us.

The department initiated safety check points with Alpharetta Police to aid in the detection and apprehension of persons driving under the influence. Officers from Woodstock Police were cross sworn in to increase personnel during these checks. The department's supervisory coverage expanded as four patrol officers attended specialized training and were promoted to sergeant. Milton's K-9 patrol responded to 72 incidents, was involved in 38 arrests and 3 criminal apprehensions and located one missing juvenile. The K-9 team made presentations at six schools, six community events, three Boy Scout events and and the Citizens Police Academy. Milton's police officers also participated in Red Ribbon Week at Milton High School and provided security at the school's home football games.

One of the most exciting accomplishments was establishing a partnership with Alpharetta to form a new 911 Center. This ensured that citizens have a faster and improved response to emergency calls. The City also partnered with other neighboring jurisdictions and approved a regional ambulance service contract which allows for more local control. These two changes will most certainly result in lives being saved.

City Council set aside funds for green space acquisition and allocated a portion of those funds for the Milton Trail system. Overall goals include developing partnerships with schools, the YMCA and Boys' and Girls' Clubs; developing Birmingham Park; creating design standards to guide the City park "look", accessing the City's community buildings; evaluating staffing needs; and reviewing the layout, efficiencies and opportunities within all Milton parks. In addition, the City established the Milton Tree Committee, a citizen group that will conduct a comprehensive planning effort to develop policies, programs and procedures for tree preservation.

Milton hosted a number of excellent events including Memorial Day where both living and fallen veterans of Milton were honored, Christmas in Crabapple where we celebrated the season of giving, our Inaugural Fourth of July Citizens' Parade where hundreds of citizens turned out to celebrate our country's independence and the second annual Milton Roundup where more than
3,300 people enjoyed a fun-filled day in the heart of Milton. Don't forget to check out our events this year.

Dozens of volunteers like the Milton Pacers gave their time and energy to make our events possible. And speaking of volunteers, Milton's volunteer program not only continued but explanded in '08. With the addition of several new committees including the TARA Committee and the Historic Preservation Committee, Milton added 35 new volunteers. Thank you again to all of those who have donated their time.

Throughout 2008 and all the years to come, we must keep two things in mind as we go about the daily activities of managing a city: residents and budget. I am pleased to inform you that in '08 we kept in strict accordance with our budget. The General Fund accounts for the resources used to finance Milton's fundamental operations. The principal revenue sources for this fund are property, sale and use taxes; franchise fees; and business and occupation taxes.

Here is a look at our 2008 General Fund operating expenditures (audited figures will be available next month):

Although we increased our budget for this year, due to the continued economic hardship our country is facing, we must be extremely mindful of our daily expenses. I am determined that we will find a way to provide the same level of services in a more cost-effective way. And you can help.

Successful businesses help create a vibrant community. Seeing businesses succeed encourages others to open. An expaneded commercial base helps relieve tax burden on homeowners. A big part of Milton's charm comes from the variety of small businesses that serve the community. We need to patronize them if we want them to remain.

Even though our country is facing tough times, I pledge to all of you that Milton will perservere. As Vince Lombardi once said, "The spirit, the will to win, and the will to excel are the things that endure. These qualities are so much more important than the events that occur."

Council, staff and I will continue to reach for the stars and make the City of Milton the best it can possibly be. We will expand the Public Safety Department by funding new positions like patrol officers as well as general and narcotics detectives. We will make our streets and intersections, like Birmingham Highway and Providence, safer. We will add to our green space and make progress on the Milton trail. We will host outstanding events and create a stronger sense of community. And we will work towad better communication and more effective solutions to problems. We will achieve these goals. We will not let you down.
Posted by Accessmilton Admin at Tuesday, March 03, 2009

Thanks Mayor Lockwood for all that you and the city council do for us. I know sometimes you only hear complaints but I think the majority feel like I do.

I agree and we must make sure that he wins next term. Thanks Joe for putting Milton first (and not your political career or ego). Many of us appreciate that you really are a regular Joe. A highly successful one but still you are more down to earth than most realize. I hope the ones that do not know you well, will take the time to get to know you come November. Thanks again for your enthusiasm and hard work on behalf of all of us!

I recently moved to Milton and have met Joe.
He is very nice.
If he runs again, I will vote for him.
Seems like he REALLY cares about this little town of ours!